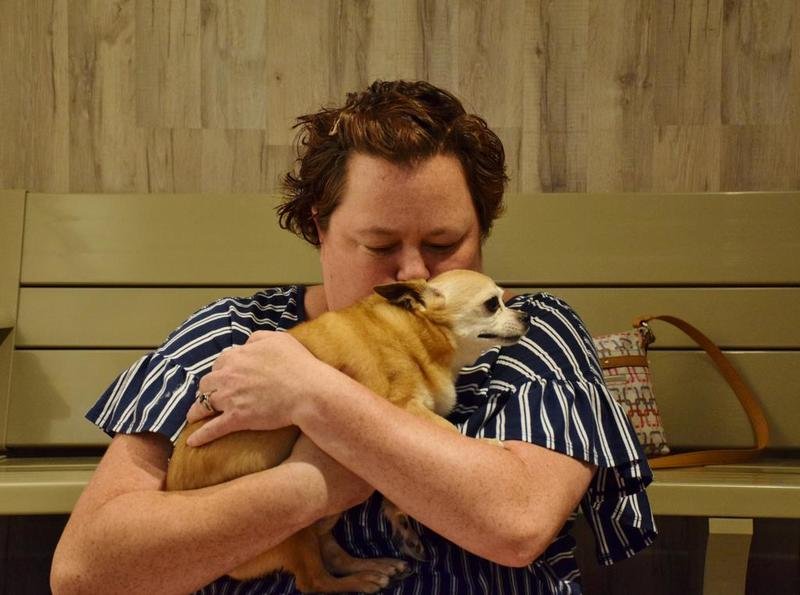 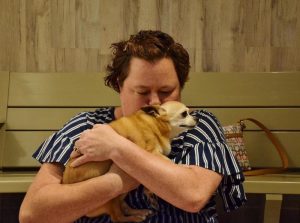 DeKALB – Valerie Perez of Sycamore was looking for a new addition to her family, so she was up late looking online at Tails Humane Society’s website to find the perfect dog.

One immediately caught her eye: Emmet, an 8-year-old Chihuahua. Emmet was found in a trap in Genoa in late February and had a broken jaw and collapsed trachea. He was adopted in July, but returned two weeks later when he wasn’t a good fit for the family who adopted him because of his medical problems.

“I saw him online and immediately loved him,” Perez said. “I’m an RN, and my husband is a huge Dallas Cowboys fan and Emmitt Smith. My two older dogs passed away last year, and I wondered was this dog meant for me?”

Perez adopted Emmet on Saturday, Aug. 17, as part of Clear the Shelters, a nationwide pet adoption drive hosted by NBC and Telemundo. During the event, adoption fees are waived for pets 6 months old and older.

Since 2015, more than 300,000 pets have found homes through the event, held at hundreds of shelters across the country. Clear the Shelter’s website lists that more than 96,600 pets were adopted at more than 1,200 shelters during this year’s event.

At Tails Humane Society in DeKalb, 77 animals were adopted during its Clear the Shelters event: 33 dogs, 32 cats, four puppies and eight kittens. All of Tails’ dogs and puppies were adopted, clearing out the shelter.

“The purpose of the event was to clear the shelter of adoptable dogs and cats six months old and older,” she said. “The Clear the Shelters event helps raise awareness of pet adoption and families can adopt a really great pet for free, although regular adoption policies and procedures are followed.”

Diane Wrigley, a staff member at Tails, said people started lining up Friday evening at 8 p.m. for the chance to get the pet of their choice.

“It’s an absolutely fabulous event, and when a pet finds a home, you just feel so good,” Wrigley said. “It’s so heartwarming. You save a pet and rescue them. I’d recommend to adopt, don’t shop to everyone. There are always animals in need of a loving home.”

Sam Myers-Miller of DeKalb attended the event with her parents, Kristen Myers and Kirk Miller, to find a kitten as a 21st birthday present for her to take back to college and her first-ever apartment.

“I’ve been planning to get a kitten for months and this event was the perfect reason to come out and adopt,” Myers-Miller said. “There are so many adorable animals and they all need homes.”

“We love adopting dogs because we’re saving them and giving them a second chance,” Ferguson said. “I love our new puppy’s floppy ears and laziness. He’s so cute and loves my dad. We’re so happy with the newest addition to our family.”

Groeper said that families who adopted pets already were in contact with Tails after the event to share photos of the pets at home.

“I am thrilled to see so many animals adopted, and we have already received numerous photos and updates from adopters showing us how happy everyone is,” Groeper said. “This event is held every year, but I’d like to invite everyone to stop by Tails any other day of the year. We’re open seven days a week. If you’re looking for your next pet, from dogs and cats to critters like birds and rabbits, visit Tails. Help an animal find their furr-ever home.”

Tails Humane Society is located at 2250 Barber Greene Road in DeKalb. Tails is open noon to 6 p.m. Monday through Wednesday, noon to 7 p.m. Thursday and Friday and noon to 5 p.m. Saturday and Sunday.

For information about Tails Humane Society and adoptable pets, visit www.tailshumanesociety.org or call 815-758-2457.