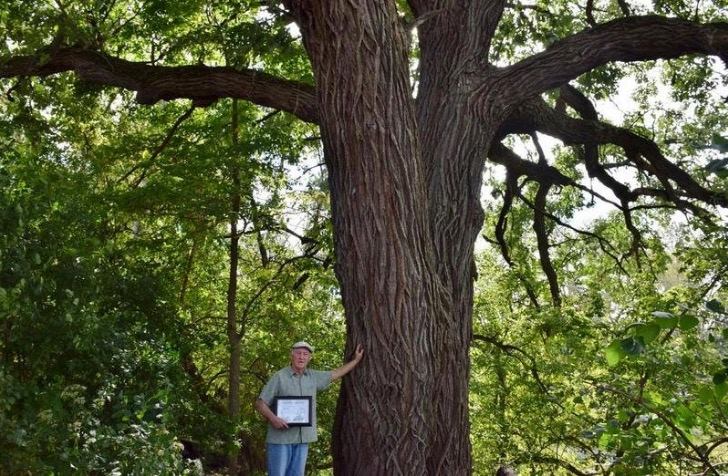 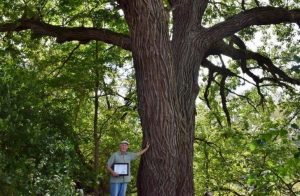 A special recognition and tip of the cap to local resident, Michael ‘Tree Man’ Kirk for his tireless advocacy behind the preservation of DeKalb’s “legacy” trees, in particular his efforts to preserve a centuries-old burr oak tree on the east bank of the Kishwaukee River, just south of the Lincoln Highway bridge.

Kirk has been cataloguing DeKalb trees for over 20 years. The tree in the photo below is likely DeKalb’s oldest at an estimated 385 years young. To put that in perspective, DeKalb is just a ‘kid’ at 163 years old.

Last year, Kirk, a Master Gardener, horticulturist and conservationist, received a Jim Grosklags People Responsible for Improving DeKalb’s Environment (PRIDE) Award “for his unwavering dedication to and love of trees” and the Trees of DeKalb project.