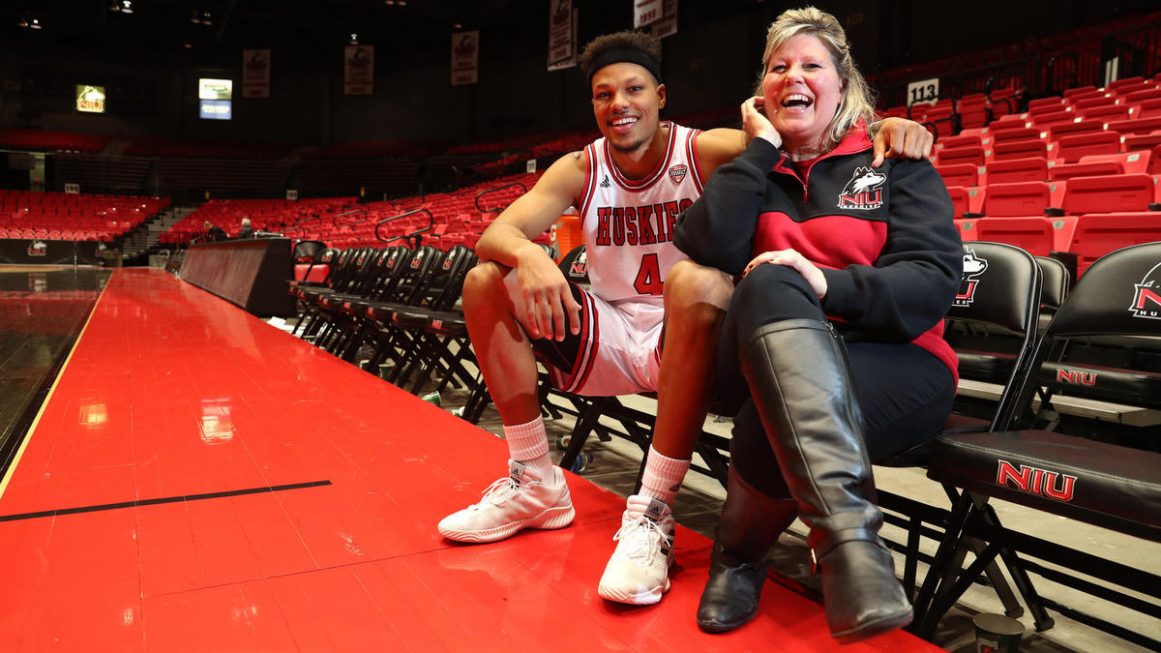 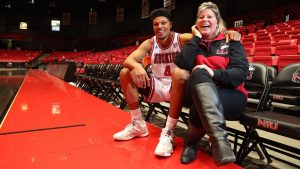 Lacey James’ right calf is a testimony to his passion and his triumph.

A tattoo of a basketball in the shape of a heart supplies a daily reminder for the Northern Illinois forward.

“It’s all for the love of the game and what I went through with my heart,” James told the Tribune last week as he sat on a bench at NIU’s Convocation Center after practice.

James doesn’t particularly enjoy talking about the summer before his senior year of high school, when he sat out of his travel basketball league because of a heart condition doctors initially worried could be serious enough to end his playing career.

But the episode has framed his mindset about sports and life, helping him relish his senior season in DeKalb.

Averaging eight points and seven rebounds, the 6-foot-9 James has four double-doubles this season while trying to help the Huskies (12-9, 5-3) battle in the Mid-American Conference. His 50 percent shooting is up from 40 percent as a junior, and his defense has been paramount to NIU’s improvement — which includes a Jan. 22 upset of then-No. 14 Buffalo — from a 13-19 finish last season.

“He’s the first in the gym,” coach Mark Montgomery said. “He stretches, gets his shots up. He lifts four or five times a week. He lifts on game day sometimes. He’s a film guy. His defense is amazing; he shuts down the middle.

“He’s even-keeled and humble, a great teammate. He’s never, ever negative. You just don’t see players like that. He’s just pleasant to be around.” 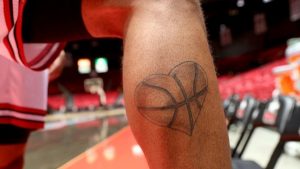 James said he has played basketball since “coming out of the womb,” describing a photo of himself at 10 months clutching a basketball between his chubby legs. So while at a doctor appointment for bronchitis in 2015, hearing he could have a heart abnormality was distressing.

“One (doctor) said, ‘We’re going to shut you down. You can’t play basketball anymore,’ ” James recalled. “I thought, ‘I can’t do that.’ I kept praying and I knew one day I’d be fine.”

He and his mother, Karie James, spent the next few months traveling to hospitals for tests and second and third opinions until he was cleared at the Mayo Clinic in Minnesota, where a doctor determined James had a moderate form of hypertrophic cardiomyopathy.

The experience shifted his perspective.

During his senior season at Wayland Union High School in Michigan, he texted a black-and-white photo to his mom, showing him holding a basketball with his hands forming a heart shape on it, which he colored in orange with his phone. It’s currently his Twitter profile photo.

“He’s really a strong person,” Karie James said. “Our faith really helped get us through it.”

As a single mother and an only child, the duo always leaned on each other. It felt natural for Karie to move to the East Coast when Lacey played at Rider in New Jersey as a freshman and to DeKalb when he transferred to NIU.

This isn’t a case of an overprotective, hovering mom or a needy child. It’s simpler — and purer.

A former Division II player, the 5-11 Karie took her son to the local high school late at night for extra practice, fetching rebounds for him. She could beat him one-on-one until he reached fifth grade.

Raising Lacey on a single income, Karie internally worried about budgeting for a rapidly growing boy whose feet quickly grew to size 17 and who could eat a refrigerator full of food in what seemed like a blink.

“We always got by,” she said. “Our theme is: ‘Make the best of things.’ There’s always been something special with him. I was blessed from day one.”

Lacey was conscientious of his mother’s sacrifices despite her best efforts to exude strength. She noticed when he would choose the cheaper option at restaurants or decline pricier toys.

“He’s always been a great teammate with me,” she said.

“It’s just me and her. I wanted to make sure she was OK, and she wanted to make sure I was OK. She’s my best friend.”— Lacey James on his mother, Karie
She worked as an assigning editor at television news outlets, including CBS-2 in Chicago, and earned an online degree to teach, which made it easier to find employment as she moved with her son.

Another tattoo on his left calf vertically spells out “SACRIFICE.”

“We went through struggles,” Lacey said. “Seeing her work so hard and making sure we had food on our table and clothes on my back, I know if she can do it, I can do it. She’s amazing. I call her the world’s best mom.

“She’s doing this alone and making sure I don’t see her down. We’re not down. We have each other. We have another day. She makes sure we stay positive.”

Karie lets Lacey have his freedom. She attends home games, usually sitting across from the team bench, and talks with him afterward, offering feedback and support. They sometimes meet for dinner or attend church together.

Mostly, the comfort is in knowing she’s nearby. They live about 15 minutes apart.

“He comes first,” she said. “I just want to be there to support him.”

With encouragement from his mother, his health and an eye on winning the MAC, Lacey bounds into practice most days with a smile.

“When you do something you love, you just want to keep getting that feeling again,” he said. “I always want to be on the court because of the feeling it gives me. I’m just blessed every day that I can do something I love.”

*Story provided by the Chicago Tribune