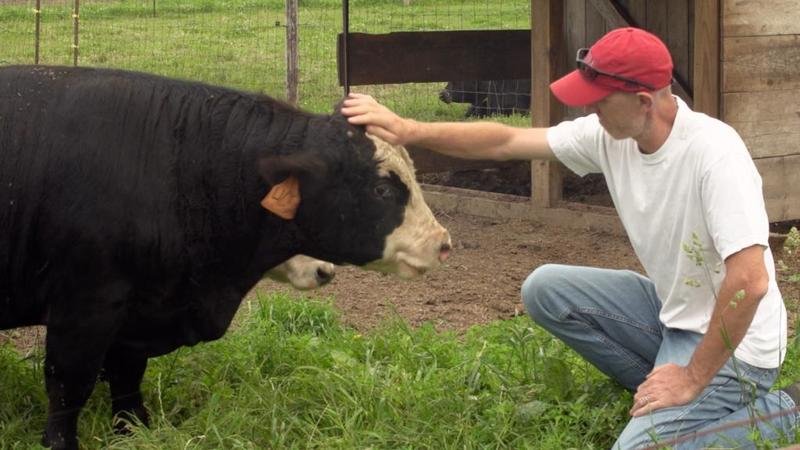 DeKALB – An award-winning film focused on food production and hunger in DeKalb County will make its local debut this weekend.

The 35-minute documentary, “Think Globally, Eat Locally,” directed by DeKalb filmmaker and Northern Illinois University faculty member Laura Vazquez, was filmed in DeKalb County and released in 2016. It will be screened in DeKalb for the first time at 2 p.m. Sunday at the DeKalb Public Library, 309 Oak St.

Deborah Booth is development director for Barb Food Mart, a food pantry serving families in DeKalb School District 428, which is sponsoring the event. She said Vazquez’s film features local farmers and food, health and land use experts and focuses on better ways to use the land, alleviate hunger, preserve the soil and strengthen the community.

Vazquez said the film has won several awards, including official selection at the Geneva Film Festival and the Illinois International Film Festival in 2018 and the 29th Big Muddy Film Festival in 2017. She thinks it’s time for the film to debut locally to show how the effects of food issues surpass just those immediately affected.

“We’re all part of this community, and I fully believe that when there are people in this community who don’t have access to healthy food, that affects all of us,” Vazquez said. “That affects me, too.”

About 16 percent of families in DeKalb County are food insecure, according to census data. Vazquez said that might seem like a small number to most people, but one child not knowing where their next meal is coming from is too many in a society as wealthy as ours.

“To me, that just doesn’t seem right,” Vazquez said.

Vazquez said there is a lot of good going on in the community, including the work of DeKalb County Community Gardens and local farmers who grow food in the area and make it accessible to residents. She said it’s also important for residents to know that locally grown food is healthier because people can better know exactly how the food was raised or what pesticides were used, which might not be as clear from packaged food coming from commercial farms.

“That’s the most nutritional our food can be,” Vazquez said.

The event is free and open to the public and a panel discussion and question-and-answer session will follow the film screening. Panelists include Vazquez; Dan Kenney, founder and executive director of DeKalb County Community Gardens; Lisa Cumings, community wellness coordinator for Northwestern Medicine in DeKalb; and Denise Curran, homeless liaison for the Regional Office of Education in DeKalb.

Booth said she’s hoping that people who come to see the film on Sunday will take it as a call to action and they will be inspired to help become part of the solution when it comes to food scarcity and helping local production efforts thrive as much as possible.

“I think the conversation will help people better understand the issues and what’s being done and can be done,” Booth said.

*Story Provided by the Daily Chronicle