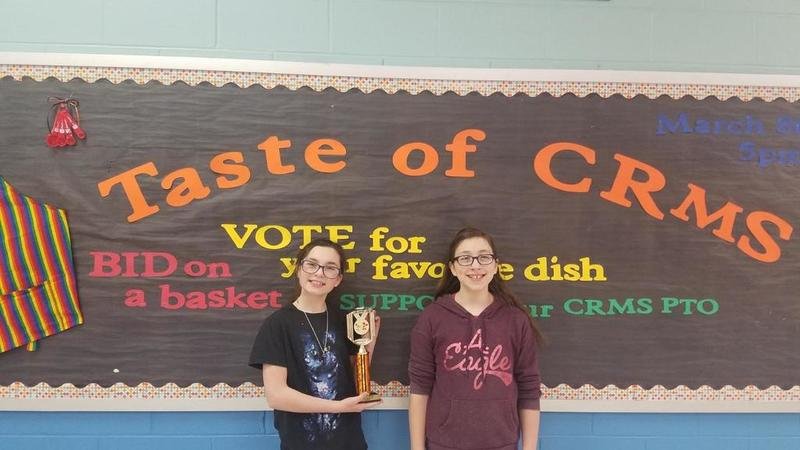 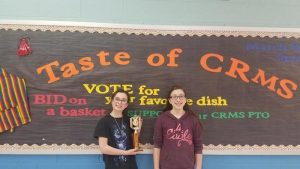 DeKALB – Now that they’ve had a taste, Clinton Rosette Middle School’s PTO can’t wait for a second helping of Taste of CRMS.

The middle school, at 650 N. First St., will host its second annual fundraiser from 6 to 7:30 p.m. Thursday. Event organizer Stephanie Gooden, vice president of CRMS’ Parent Teacher Organization Board, said last year’s inaugural event was so popular, the PTO and Principal Tim Vincent decided to make it an annual occurrence.

“This is a big social event for the community,” said Gooden, who has a sixth-grader in the school and also sits on the PTO board at Jefferson Elementary.

The Taste involves volunteer students and faculty who can pick either a dessert or an appetizer to prepare and bring for tasters to judge. There are no guidelines for the types of food that can be made, and a special golden spatula is awarded at the end of the night for Best Dessert and Best Appetizer.

Gooden said Wednesday that 22 chefs have signed up – 13 staff members and nine students.

Additionally, the Taste will have a variety of raffle baskets and auction items, including themed baskets created around spa days, movies, and art supplies.

The event is open to the public as well as the school community. This year, DeKalb School District 428 is encouraging participants to piggyback the Taste with Thursday night’s District 428 Choir Concert at DeKalb High School.

Tickets will be sold at the door for $5, which includes the opportunity to taste all 22 dishes and vote for favorite items. Families can also pay a flat $20 for the whole gang. Recipe cards will be available for $1.

All proceeds will go toward the CRMS PTO, and be used as needed throughout the current school year for field trips and school supplies, Gooden said.