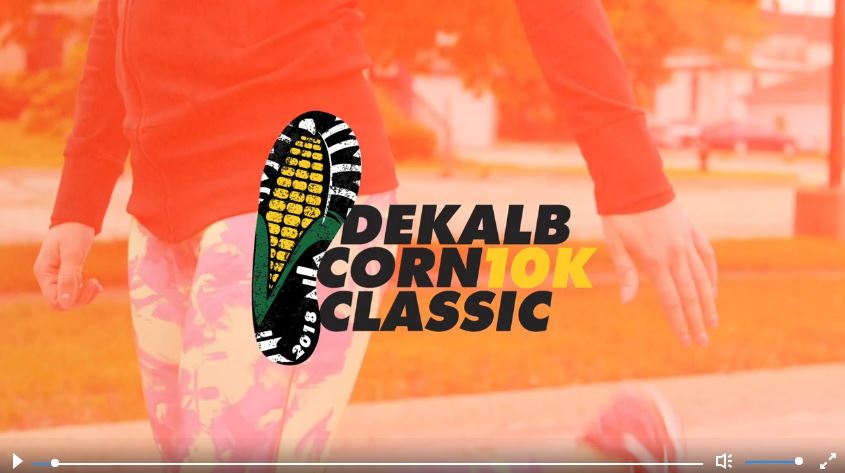 DeKalb, IL – The newly revamped DeKalb Corn Classic is quickly approaching. With a new race date, new course route and new community vibe, runners will now get to experience all the beauty that DeKalb and NIU have to offer.

The race, which has traditionally been held during Corn Fest weekend, is now being held on Sunday, September 23. And along with a date change, the course has changed as well. The course had formerly had runners following a path out past Huntly Middle School over I-88 and returning on the same path. Corn Classic Cohen Barnes shed some light on the decision making process of these changes stating, “Who wants to run over the interstate on the concrete in August in the heat? No one.”

Runners will now begin at 8:15 am on the day of the race at Faranda’s in downtown DeKalb, 302 Grove Street. From there, runners will make their way through parts of DeKalb and NIU’s main campus, including the Ellwood House, brick roads on the historic district, Altgeld Hall and even onto the field at Huskie Stadium.

And runners will not just get to experience the great views that this new route has to offer, but new entertainment as well. With an emphasis on a race experience, the Corn Classic has added many different entertainment stations along the route including the NIU Steel Band, the Huskie Marching Band, a gaggle of Lincolns on Lincoln Highway and much more. If runners didn’t get enough during the race, the fun continues right past the finish line where the 1st annual Taste of DeKalb will take place later that day offering great local food and drink.

Anyone who wants more information on the day, please visit www.dekalbcornclassic.org.