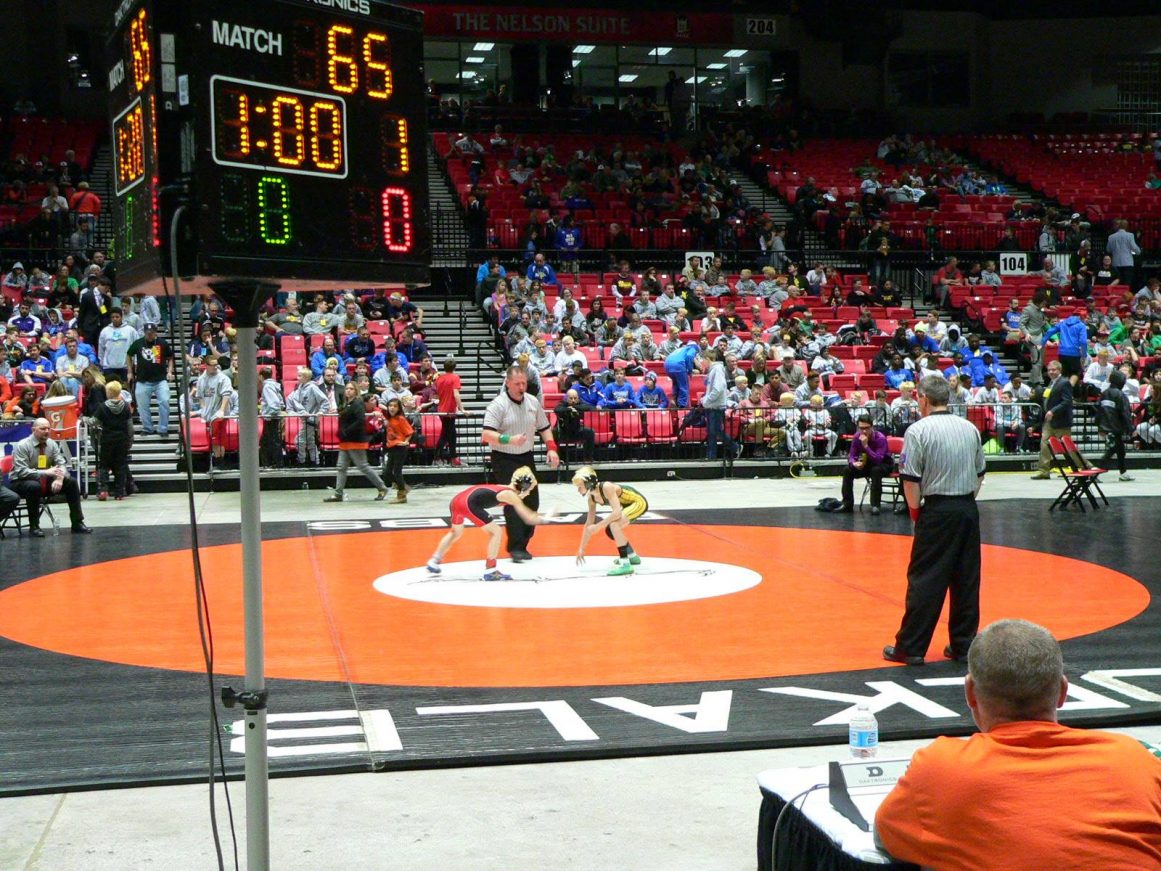 The DeKalb County Convention and Visitors Bureau and Northern Illinois University (NIU) are proud to be hosting the Illinois Elementary School Association (IESA) State Wrestling Finals for its 20th year.  The economic impact for the area is estimated to be $300,000. We anticipate more than 5,000 visitors will attend this two-day event.

The 2018 IESA State Wrestling Finals will be held at the Convocation Center on the campus of Northern Illinois University, DeKalb, Illinois, on Friday and Saturday, March 9th & 10th.  Doors open at 2:30 p.m. on Friday and 8:00 a.m. on Saturday.  Daily admission fees:  K-8 and senior citizens – $5.00; Adults – $10.00.  Advanced ticket sales will be available through Ticketmaster beginning Monday, March 5.  More information can be found on the www.iesa.org wrestling page or on the Convocation Center website www.niuconvo.com.

Wrestlers in grades fifth through eighth from across the state will be competing individually in nineteen weight classes and in the team competition. An estimated 5,000 fans will be visiting DeKalb County to cheer them on.

The IESA is honoring 3 Grand Marshals this year including Earl Brooks, Steve DeNeut, and DeKalb’s Paul Vittone. Before Vittone retired in 2010 he coached wrestling and football at both the middle and high school levels in DeKalb. This marks Vittone 30th year of officiating, he calls his defining moment when he officiated the IESA state finals in DeKalb for the 2010-2011 season. Throughout his life he has been dedicated to his teaching, coaching, officiating and family life. Vittone will be retiring from officiating at the end of this wrestling season. The IESA is honoring him for his legacy of service to the schools and wrestlers of Illinois.

This will be NIU’s 20th year hosting the event. The IESA State Wrestling Finals came to NIU and the Chuck Evans Field House in 1999 and moved to the Convocation Center in 2003. DeKalb County and Northern Illinois University have a long history of cheering on and supporting student-athletes. It’s an honor and a privilege to have hosted this event for so many years.