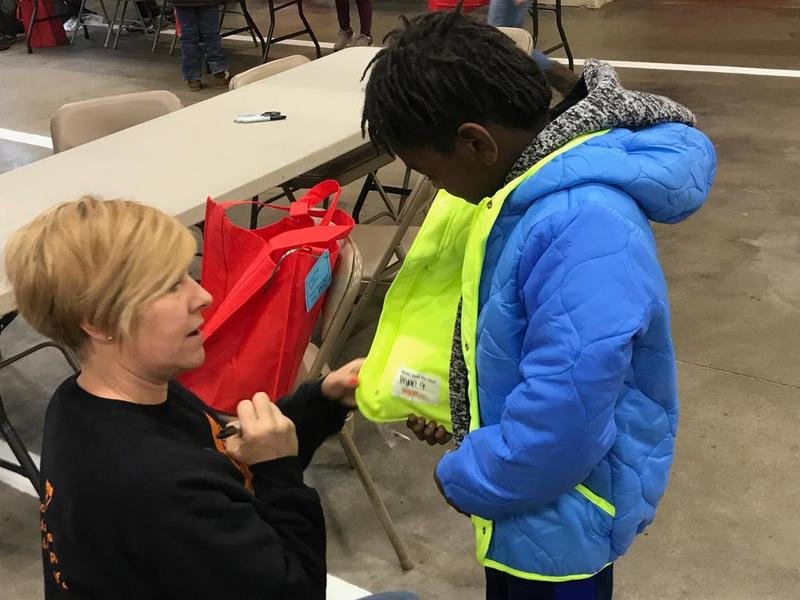 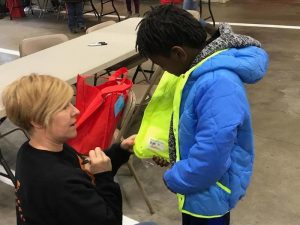 DeKALB – DeKalb firefighters have seen a lot of scary scenes, including children who, without the help of our bravest, might not have a proper winter coat to keep them warm.

For the fifth year in a row, the firefighters at DeKalb Fire Station 1 partnered with the DeKalb Classroom Teachers’ Association to help local kids stay warm in the winter months. They opened the station doors Saturday morning to area children and provided brand new winter coats, doughnuts and juice.

“It’s heart-wrenching, to be honest with you,” said Noah Millard, who organizes the event with his fellow firefighter, Patrick Eriksen.  “Obviously, they’re very appreciative. But, the children may not be getting anything for Christmas; this may be the [only brand new thing they get].”

“Some of these kids, they get hand-me-downs, and this is brand new for them,” Eriksen said. “So, what’s cool is they can go over there, and there’s a tag that says ‘This coat belongs to …’ It’s the first time they’ve probably been able to do this: They get Sharpies and they write their names.”

Like thousands of their colleagues across North America, these local firefighters partnered with Operation Warm— a nonprofit that manufactures new winter coats for kids in need— to get the job done. They also had help from local sources, such as DeKalb Township, which donated $1,000. Members of DeKalb School District 428’s teacher’s union, meanwhile, recommended students from their schools who could use the help. Knights of Columbus members helped hand out the coats, and Thrivent Financial put together a tote bag for each child, stuffed with gloves, a winter hat, hot cocoa, Crayons, a coloring book and an eraser.

“The Thrivent Financial people came up with a phenomenal idea: ‘Hey let’s write a note in here for the kids,’ ” Millard said. “So, in every one of them, there’s a note from somebody over there, just encouraging them, saying ‘Hey, hope you enjoy your coat this year, stay warm,’ something to that effect.”

Even in families that can afford Christmas presents, the annual event eases the financial burden.

“With the money and stuff like that, it’s kind of tight with three kids, so it means a lot,” DeKalb resident Caprice Goodwin said. “It’s money for Christmas and bills.”

Bryan, Caprice’s son who attended Saturday, was happy to get a new coat – a bright blue number with neon green trim.

“I like blue,” Bryan said, to explain his pick.

“They’re so appreciative,” said Amy Fontana, a teacher’s union rep. “This is the time of the year it’s cold – it’s colder this year than normal. People are excited about the coats. They’re brand new coats; they’re really nice.”

She said Operation Warm can also ease the strain on those in the school district trying to look out for the children.

“It’s just [parents] know then that we really care about the kids,” Fontana said. “Before this, I think a lot of teachers tended to buy coats themselves to make sure the kids all had warm winter gear. So, it’s kind of nice to take a little bit of that pressure off.”

DeKalb’s Operation Warm volunteers handed out 120 coats this year, doubling 2017’s total. So, hopefully, they’ll be able to continue helping take the pressure off local families and teachers for years to come.

*Story by Andrew King with the Daily Chronicle