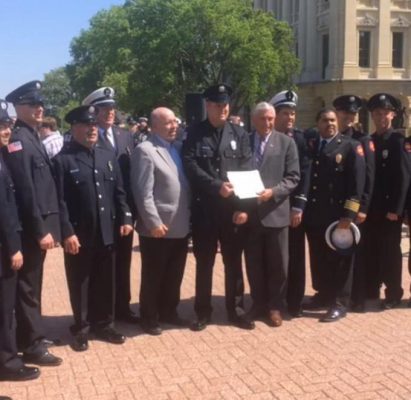 May 9, 2017 in Springfield several Firefighters from the DeKalb Fire Department were honored for their exemplary work. Jared Thorp, a firefighter and paramedic with DeKalb, received the Medal of Honor Award–the highest award given by the State of Illinois to a firefighter for an act of outstanding bravery or heroism, selflessness, and personal courage.

Congratulations to Jared, and to the other firefighters from DeKalb who were recognized!