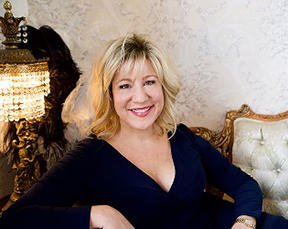 DeKALB – The DeKalb Municipal Band, under the direction of Kirk Lundbeck, invites the community to opening night of its 165th consecutive season. The band will perform at 8 p.m. Tuesday, June 11, at the Dee Palmer Band Shell in Hopkins Park, 1403 Sycamore Road.

In addition to the music, there will be a flag presentation in recognition of Flag Day and the awarding of the Palmer Family Music Scholarship to this year’s recipient.

Opening night musical selections include “The Nutmeggers,” “Grand Old Flag,” “Festive Overture,” “Aces of the Air,” “Mancini at the Oscars,” “Knights of the Road,” “Sinatra!,” “Themes Like Old Times 3,” “Amparito Roca,” “The Syncopated Clock,” and “Stars and Stripes Forever.”

The featured vocal soloist is Maureen Christine, who will sing “Music, Music, Music,” “When You Wish Upon a Star” and “Rock-A-Bye Your Baby.”

Christine is an award-winning concert vocalist and Broadway-style entertainer with two CDs that have been released nationally to critical acclaim. Her CD, “My Romance,” featuring jazz pianist Frank Manthooth, received Grammy consideration for Traditional Pop Vocal alongside Harry Connick Jr. and Rosemary Clooney.

Christine has recorded with Pete Christlieb of the Johnny Carson Tonight Show Orchestra, shared the stage with pop star Barry Manilow, opened for country star Willie Nelson and been a guest artist with musicians of the Count Basie Orchestra. She has received numerous invitations to sing for dignitaries including astronaut Buzz Aldrin. Her rendition of the national anthem is featured in a movie starring Dennis Quaid and Zac Efron, and she has received multiple invitations to sing the anthem for the Chicago Cubs at Wrigley Field.

For more information about the band, visit www.dekalbmunicipalband.com. Donations will be accepted before and after concerts this summer and also on the website.