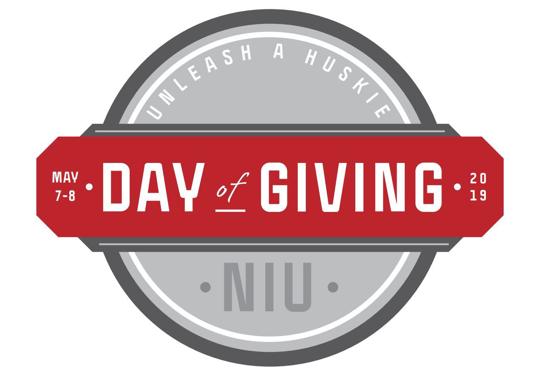 The money was raised by alumni, faculty and students who made donations to the NIU Day of Giving website. The donations support students, scholarships and programs at the university.

The College of Business raked in over $175,000, making them the category to raise the most money. The category who raised the most donations or gifts was a combination of student scholarships, in total, they raised 355 gifts.

Michael Adzovic, director of the Northern Fund, said promoting the event on social media played a role in the turnout of the event. Adzovic said for the first time ever, texts were sent to over 20,000 alumni notifying them information on the event.

Adzovic said the first Day of Giving event was successful due to the pride amongst the NIU community.

“We had very good collaborations with all of the various units around campus, seven academic colleges, the Huskie Food Pantry, the Founders Memorial Library and athletics,” Adzovic said. “All of those different pockets of our campus work together to fire up their networks and get the word out.”

Adzovic said having the event before finals week next year may increase student turnout. He said around 50 students participated, 3.5% of donors, and considers it a success because the university has never engaged students through events like this before. He said planning the event at the end of March or early May might increase the number of student donors.

“We had about 140 ambassadors,” Adzovic said. “If ambassadors were trained how to track how much money they’re raising and how many clicks they’re getting, we could’ve maybe seen even more money.”

Adzovic said it’s popular among colleges to have giving days and after excelling their goal of $250,000 from 1,000 donors, he’s looking forward to next year.

“[The Day of Giving] just shows how much the community cares about NIU and I’m very proud to be a part of it,” Adzovic said.