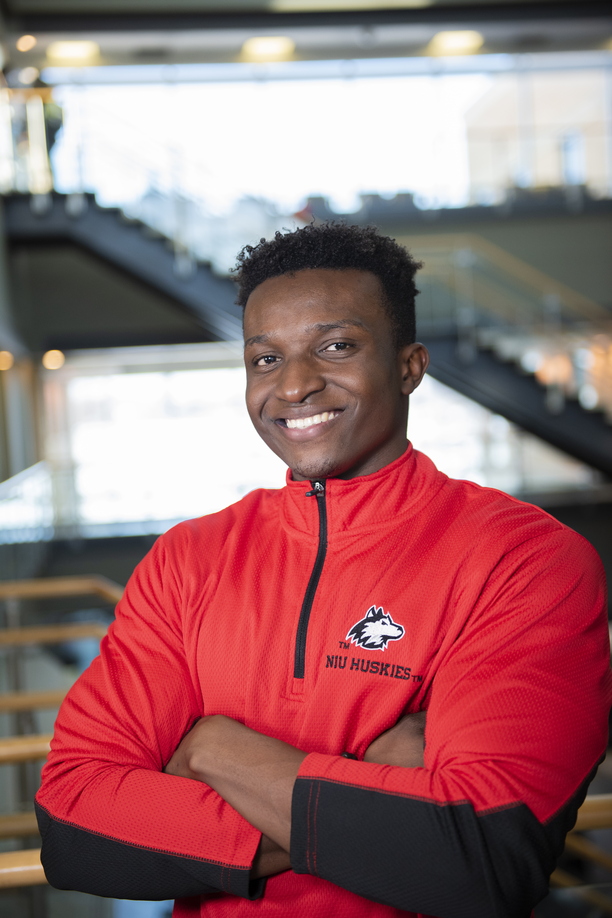 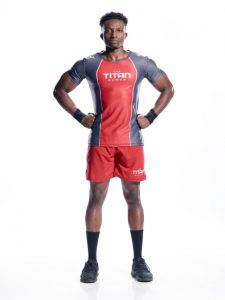 DeKalb, Ill. — To those working out beside him at the Student Recreation Center, Covenant “Covie” Falana is just another NIU student.

To Dwayne “The Rock” Johnson, he’s a Titan in Training.

More than 100,000 people throughout the country auditioned for Johnson’s new NBC television show, “The Titan Games.” The action star chose 64 competitors, and 21-year-old Falana was one of them.

“It’s mind-blowing,” said Falana, who moved to Bolingbrook at age 14 from a small town in Nigeria, where he’d watch The Rock wrestle from a tiny television set.

“I’m so humbled. I’m so thankful. I’m so blessed to be able to say I’m participating,” he said. “I met some amazing people out there. That was just phenomenal. You hear stories and stories that will inspire you, that will make you just want to be a better human being.”

The athletic competition pits everyday men and women against one another in head-to-head challenges designed to “test the mind, body and heart.” Winners in each episode advance to an ultimate challenge called Mt. Olympus, a mountain-like structure described as “the consummate athletic test of speed, strength, agility and endurance.” 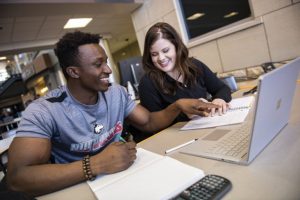 The male and female competitors who conquer Mt. Olympus in each episode become Titans. They then return to battle one another, with one man and one woman ultimately emerging as Titan Champions, each winning $100,000.

Thanks to the flexibility of professors who helped Falana make up for missed classes, he spent three weeks in Los Angeles last September taping the show as he took on the challenge assigned to him. The elaborate challenges—with names like “Herculean Pull,” “Tower Drop” and “Uprising”—are based on Johnson’s own workouts, according to a show description.

Although Falana can’t reveal the outcome, he said he put it all on the line.

“It’s larger than life,” he said of “The Titan Games” set. “Everything was over the top, fire everywhere, music, louds sounds … What’s interesting is it all ends in 30 seconds or less. All these months of training and sweating in the gym, it all comes down to 30 seconds.”

Once chosen after a fitness level test in Los Angeles, competitors weren’t given any details about the challenges—all built directly on the NBC set. 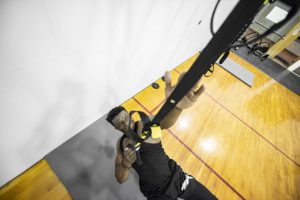 “This is not something you can really train for. When you first get there, you’ve just got to do it,” said Falana, who works out four hours a day, six days a week. He’d work out on Sundays as well if the Recreation Center was open.

From high-intense rowing to push-ups and sit-ups, he’d already put in nearly 30 minutes of exercise during a recent trip to the Recreation Center before announcing, “The warm-up is over. Let’s go work out.”

“Every time I’m in here, I’m giving it my all,” said Falana, who started regularly working out a few years ago.

He worked with a trainer for several months before settling into a routine designed with the help of YouTube videos.

“The Titan Games” required more than just strength, he said. “Everyone there is an incredible athlete. Some guys lifted five times more than me,” Falana said. “That didn’t matter… Everyone has their own skill.” 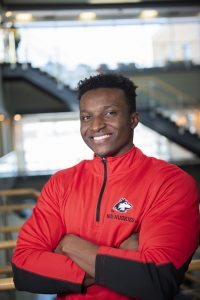 At 5-foot-11 inches and 185 pounds, Falana described himself as “little,” but quick compared to other competitors. The Rock, who is both executive producer and host of the popular show, towered over people, he said.

“He’s a big human being,” Falana said. “They say TV tends to make you bigger, but TV tends to make him smaller. He makes the big guys in the competition seem small. He has a fun personality. He gave everyone a big hug.”

Falana earned his associate’s degree from Joliet Junior College before transferring to NIU last fall as abusiness management major. In his junior year, he hopes to one day run a restaurant to provide affordable healthy food choices.

“When I was in Nigeria, I didn’t have much food to eat,” he said. “Even when I came to America we didn’t have much. If we had a little money, we would go to a fast-food place.”

His goal is to create a restaurant as convenient and affordable as fast food, but healthy as well. His diet today consists mainly of foods like rice, eggs, chicken and fruit—”pretty big meals” at least four times a day.

If he’s short on money these days, he said, he might grab a quick gas station sandwich as he continues to train for whatever might come next. 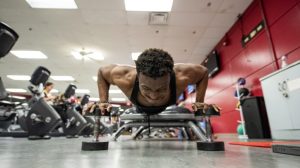 “It’s so great because this has given me a platform, but I can’t say much more,” he said. “I’m just keeping my eyes open for other opportunities and getting better.”