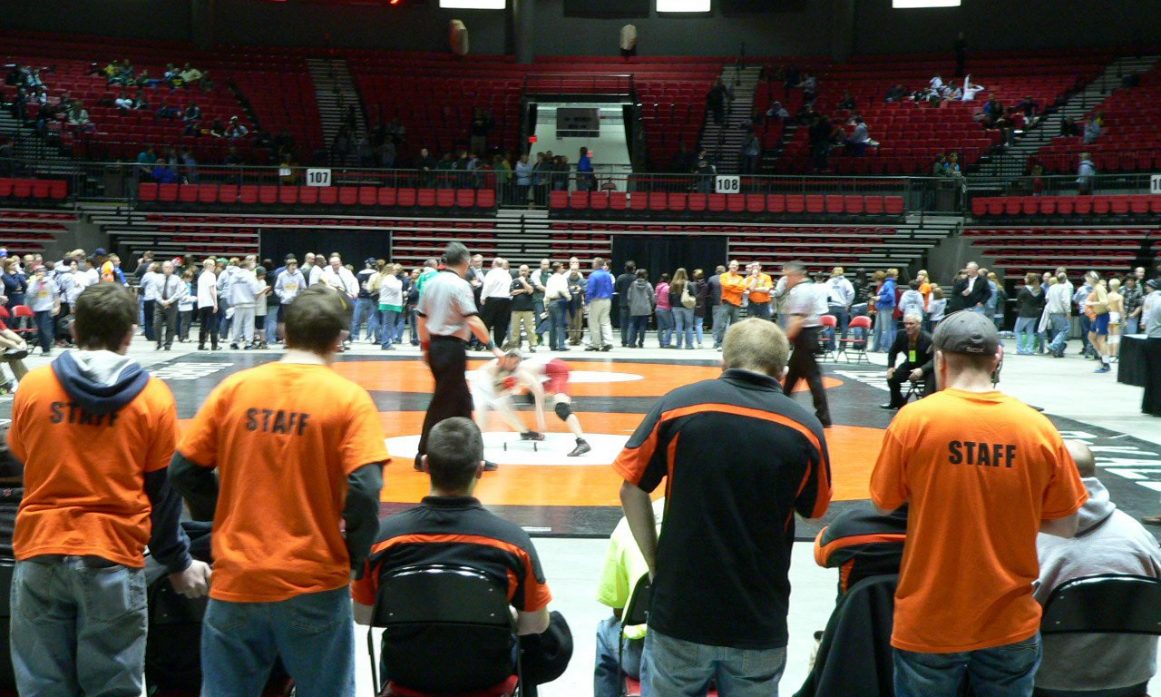 The DeKalb County Convention and Visitors Bureau and Northern Illinois University (NIU) are proud to be hosting the Illinois Elementary School Association (IESA) State Wrestling Finals for its 18th year.  The 2016 IESA state wrestling meet will be held at NIU’s Convocation Center on Friday and Saturday, March 11-12.  Wrestlers in grades fifth through eighth from across the state will be competing individually in nineteen weight classes and in the team competition. An estimated 5,000 fans will be visiting DeKalb County to cheer them on. The IESA State Wrestling Finals came to NIU and the Chick Evans Field House in 1999 and moved to its current home, the NIU Convocation Center, in 2003. DeKalb County and Northern Illinois University have a long history of cheering on and supporting student athletes, so it’s an honor and a privilege to have hosted this event for so many years.

This year, we should be even more #ProudlyDeKalb while hosting this event, as one of our own is one of two Grand Marshals being honored during the meet. The Grand Marshal honor was started in 1996 to honor recipients’ contribution to interscholastic wresting and the student-athletes participating in the sport.

DeKalb High School alum Joe Cliffe was a member of the NIU Wrestling team, the 1968 DeKalb High School State Championship Team and placed third at the United States Olympic Freestyle Team Trials in 1972.  After his own wrestling career, he started coaching and has been coaching wrestling for nearly 40 years. Dwayne Love of Plano will also be receiving the honor. He coached with Joe Cliffe for one season and has his own storied career in wrestling and coaching.