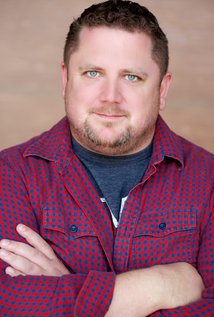 Joe Coots is a sports player turned actor with ties to DeKalb.  He worked at NIU in athletics and has graced the stage of the historic Egyptian Theatre in Downtown DeKalb.  He is currently in the National Tour of KINKY BOOTS.  The show is currently playing in Chicago July 7-26, 2015.

The Playbill Collector (TPC): How did you get your start in theater??

Joe Coots (JC): My journey is a bit abnormal.  In college I was playing football and needed a summer job.  We had a big outdoor theater so I started building sets.  It looked like fun so the next year I auditioned.

TPC: Had you done any theater or singing prior to that?

TPC: What did you do after college?

JC: I got out of college and finished my four year degree in Chicago.  I worked in different athletic departments for eight years.  I did that full time and then decided to become an actor.  I resigned from my job, moved to New York City and started auditing.

TPC: What was the first role you booked?

JC: The National Tour of THE FULL MONTY.

TPC: How long have you been acting now?

JC: This one: Don in KINKY BOOTS.  I look forward to going to work every night.  You don’t find that often.  It’s a special show.

TPC: What would you say to people who know nothing about KINKY BOOTS?

JC: I think that’s the best way to come in (no prior knowledge).  If you haven’t seen it, know it’s for all types of people.  I’m a midwest college football player and I like it.  The music is fantastic and the cast is top notch.  I’ve never been around a group of more talented people.  The crowds are going crazy and we are packing the audience’s every night.

TPC: What makes your character (Don) stand out?

JC: Don is the guy who has the biggest learning curve.  He goes from a bigot who is not willing to learn or change.  Then he discovers through Lola to “except someone for who they are” and he makes a complete 180.  The non-musical theater goer can relate to him.  Don can grasp those who have not accepted others and help guide them.

TPC: What would you say is your favorite moment of the show?

JC: All of it!  I don’t want to spoil alert it but the end is special.

TPC: What is a show you would love to be in?

JC: Whatever the next one is!  OF MICE AND MEN would be great stage wise.  I also do TV and have been living LA.