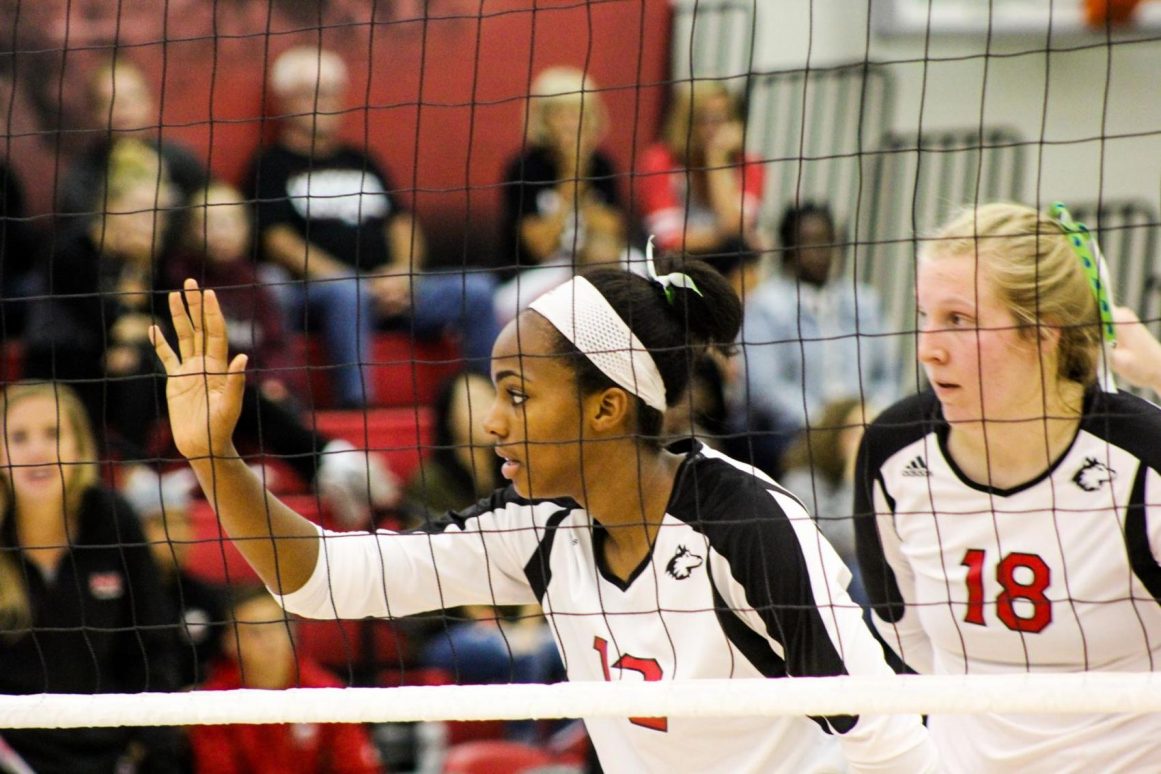 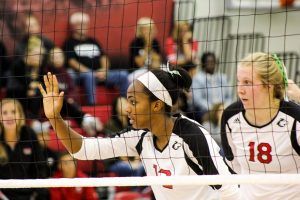 First-year middle blocker Jasmine Kemp said she is not enamored with the flash or glamor of a big city.

She describes herself as an old soul who is more likely to listen to British-American rapper Slick Rick’s discography than anything else; she knows all of “Children’s Story” more than the current era’s rap music.

Kemp said her desire to be away from the loudness of a city like Chicago and appreciation for simplicity are what make her fond of her hometown .

Kemp was raised in DeKalb and graduated from DeKalb High School in 2018.

Despite receiving offers from other schools, Kemp said she was set on attending NIU from an early age. She loved the thought of being a Huskie and the opportunity to represent her hometown.

“Before I even got involved with athletics, I kind of planned on staying close to home,” Kemp said. “I kind of had NIU in mind in general. I emailed NIU in 2015, and I stayed in contact with the coaches. It just worked out perfectly.”

Kemp sparked interest outside of NIU for her volleyball talents, most notably from Southern Illinois University. However, being able to play for her hometown university was an opportunity she couldn’t to pass up which made the recruiting process easier.

“The day I committed was Jan. 23, 2016,” Kemp said. “I called [Head Coach] Ray [Gooden], and I was like ‘Hey Ray, the offer you offered me back in October, I want to accept it,’ and he was excited, of course. As I was hanging up with Ray, SIU was calling me, and I had to tell that coach I literally just committed to NIU.”

Kemp said she is proud to be a Huskie and represent DeKalb every day. She said she is not afraid of letting everyone know how great of a city she thinks it is.

She joked she’s going to make a PowerPoint discussing how great DeKalb is and present it to whoever needs to gain a greater appreciation of the city.

“The whole team is like ‘Oh my gosh, I hate DeKalb,’ and I am like ‘No, I love DeKalb, and I am going to represent it hard every single day,’” Kemp said. “They will say ‘There is not anything to do.’ But, go go-karting, go run in some flowers, go play in a field. There is so much to do in DeKalb, and they keep bashing it, but I am repping it with NIU, and I love it.”

Before the season started, Gooden said he wanted the incoming players to step in and help the team get where it wants to be: competing for a MAC championship.

Gooden said Kemp has helped the team by consistently displaying a willingness to learn. Kemp said she feels great about her play and is in a fantastic environment to gain more volleyball knowledge.

Kemp is No. 2 on the team in blocks per set and is one of two players to average at least .9 blocks and kills per set. She has played in 69 sets, the second most amount of all first-years.

Kemp’s teammates and coaches have noticed how expressive she’s been in her admiration for NIU. Gooden said she loves DeKalb and tries to represent it as much as she can.

He said the team is not only proud Kemp is a Huskie, but it’s proud she is a hometown Huskie.

“She’s a breath of fresh air,” Gooden said. “She’s like, ‘Hey, I’m from DeKalb, and I’m proud of it.’ It makes you kind of go, ‘Hey, you’re right. DeKalb’s cool, it’s good.’ She’s a great representative of what DeKalb is like.”