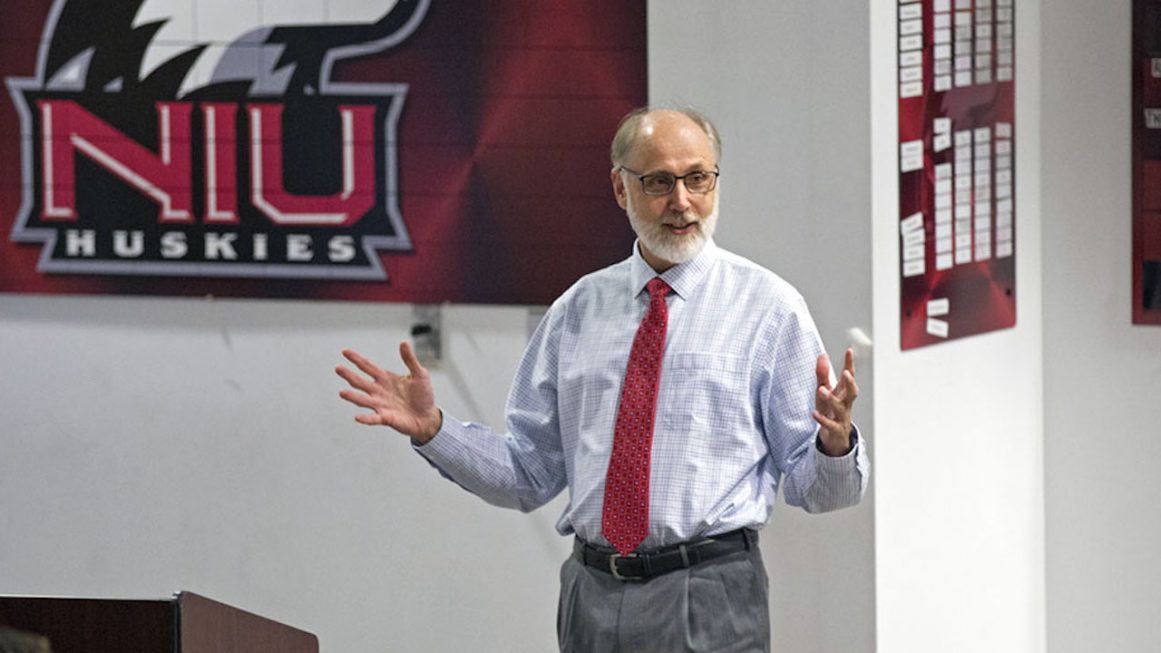 Working together for best community outcomes

When Illinois Gov. John Peter Altgeld approved funding in the spring of 1895 to open two new “normal schools” to prepare teachers in northern and eastern Illinois, many cities in our region engaged in a spirited competition to win those prizes.

Loyal residents of DeKalb, like their counterparts in Dixon, Freeport, Fulton, Oregon, Polo and Rockford, banded together to put the Barb City’s best foot forward. And, obviously, their efforts and advocacy worked.

One hundred and twenty-one years later, as we continue to build on that legacy, I have discovered that same energy, enthusiasm and excitement among the members of a joint communiversity group namedProudly DeKalb and their pursuit of the “America’s Best Communities” crown.

DeKalb won a place in the semifinals of the Frontier Communications nationwide contest and is currently one of 15 towns still in the running for $3 million that would fund transformational ideas for development. Narrowed from an original pool of more than 300 contenders, these are accomplished hometowns with lingering challenges but great potential.

Considering the symbiotic relationship between the university and community, and our strategic emphasis on the triangle model that connects students and faculty with alumni and our home community, the full realization of this goal is important to all of us. The city’s vitality is closely linked to our success in recruiting and retaining students, faculty and staff. In turn, the vitality of NIU helps strengthen the social and economic fabric of our home community.

I attended a meeting of the Proudly DeKalb leaders last week in the home of Frank Roberts, the chair of that committee.

As the inspirational discussion turned to the group’s seven project plans for DeKalb revitalization, I saw many opportunities for collaboration that would help us fulfill our mission.

The seven projects, their “CEOs” and the NIU people working with them to connect to the university are:

NIU’s involvement in this work is not new, of course; Jennifer Groce, Director of Community Affairs at NIU, and Brad Hoey, Director of Campus Communication, have played key roles in Proudly DeKalb.

This enhanced collaboration comes at a critical time.

NIU and the city are both working to implement strategic plans in the face of a competitive environment and state fiscal challenges.

We must share our vision of DeKalb and NIU as places of innovation – fertile ground for successful partnerships that yield transformative initiatives.

Joining the city in the America’s Best Communities competition is one way we are operationalizing our shared vision for a strong future. We have shown we can succeed when we work together on projects such as bringing the IHSA State Football Championships to DeKalb or on community policing collaborations that have helped bring our crime rate to at 10-year low.

Clearly the spirit of 1895 lives on: When we put our hearts and minds together behind a worthy cause, and we have the right plans to rally around, NIU and the City of DeKalb have a history of making things happen.