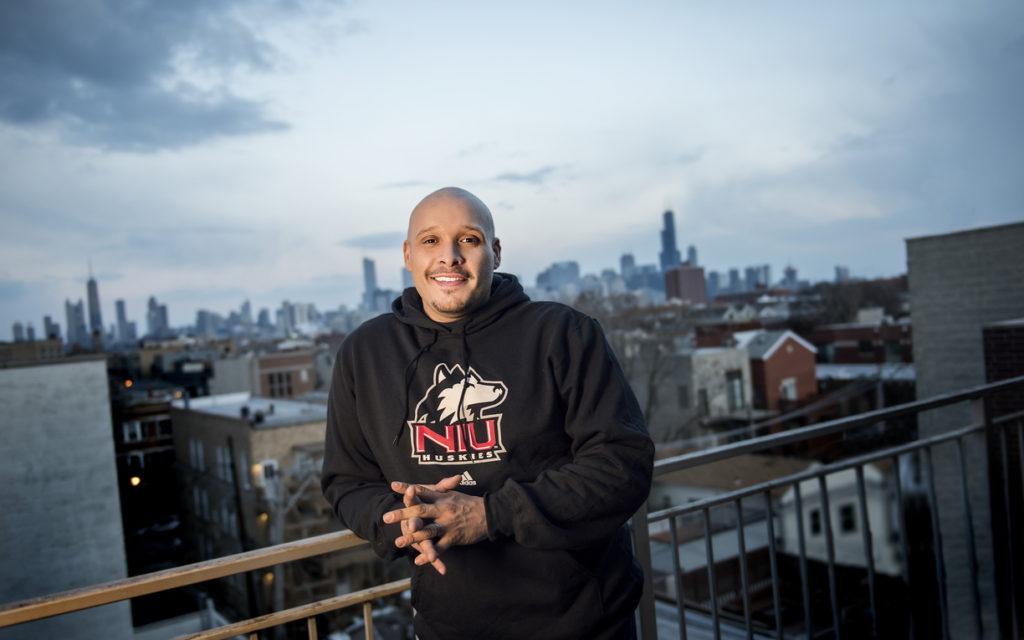 Brooklyn born actor Joe Minoso has played firefighter Joe Cruz on NBC’s hit series Chicago Fire for the past six seasons.  He credits his career success to a fateful decision to come to DeKalb to earn his Master of Fine Arts in Acting.

“NIU is almost single-handedly the reason that I work,” Minoso says.  “NIU gave me the tools, taught me to hone my talent and to be able to use it on call.  I wouldn’t be able to do the things that I do on screen or on stage without any of the skills I learned at Northern.

“I was something of a lost actor when I came to the school. I felt like I learned how to learn.  I was finally able to take things in and apply them.  I got all of that from Northern.  I wouldn’t be in the position that I am without my degree.” 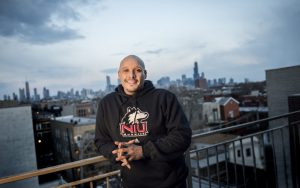 Minoso was honored by NIU with the 2018 Alumni Achievement in the Arts Award.

He says that his time at NIU opened his eyes to possibilities he otherwise would not have considered.

“I feel like I became a more worldly individual,” he said.  “There was really something kind of beautiful and pure and safe and accepting about that community.  I never felt lost.  I never felt out of place.  I never felt like I couldn’t explore my artistry however I wanted to.  That gave me a confidence that I didn’t have before NIU.

“I recognized that I’m one of many who does this, but my interpretation is just as valid as anyone else’s.  That was immeasurable in value in terms of how I perceive myself for the rest of my life.”

Minoso’s memories of his years at NIU include the great parties that he and his roommates threw for theater students at their downtown apartment over The House Café, “the rule was that the party had to last until 5:30, because then we could go across the street to the Lincoln Bakery and get the cheddar toast.”

He was happy to hear that the Stevens Building, home to the School of Theatre and Dance, is set to reopen this fall after a lengthy and much needed renovation.  “I had more laughs and shed more tears and spilled more blood in that building over the course of three years than I have any one, single space.  It was a tremendous growing up experience and that building holds so many ghosts of my life.  It’s amazing.  Hopefully those ghosts live on.”

He was part of the first ever theater study abroad experience in Russia, something that has since become an annual part of the program.

“Studying in Moscow was the most influential trip of my life,” Minoso said.  “It was very interesting being a man of color in Russia.  We had classes in the Moscow Art Theater.  For anybody who is in any way a theater nerd, that’s like nirvana.  We saw a piece of theater every day for five or six weeks.  I didn’t speak any Russian, but it didn’t matter.  There was so much you could see in what they did and just being able to be in a melting pot with students from other universities, taking ideas from each other and learning different methods from the other side of the world.  It opens your mind up, not only to what you can do as a performer, but where you belong in humanity.” 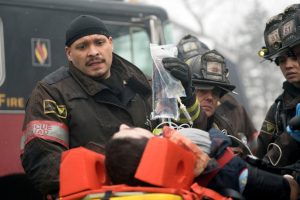 Minoso’s credits include his six seasons as a regular on Chicago Fire, appearances on other TV shows like Prison Break, Boss, The Chicago Code and Shameless and roles in major motion pictures like Man of Steel.  He has been a constant presence in the Chicago theater scene, including work with Teatro Vista, the largest Latino theater company in the midwest.  He credits his success to things he learned at NIU, including just how hard he’d have to work to “make it.”

“It took me 10 years after graduating, but I kept at it.  Just doing tiny storefront theater, for like $75 for an entire run, that kind of thing,” he said.  “It’s a passion that you’ve got to have.  If you believe in yourself and if you honestly think that there’s nothing else in the world that drives you as much as this, then you gotta go for it. I personally believe that whatever it is that drives you–whatever the thing is that inspires you–that’s the thing you should be doing.  There’s almost a calling that comes with it.  If you feel that calling, then pursue it.”