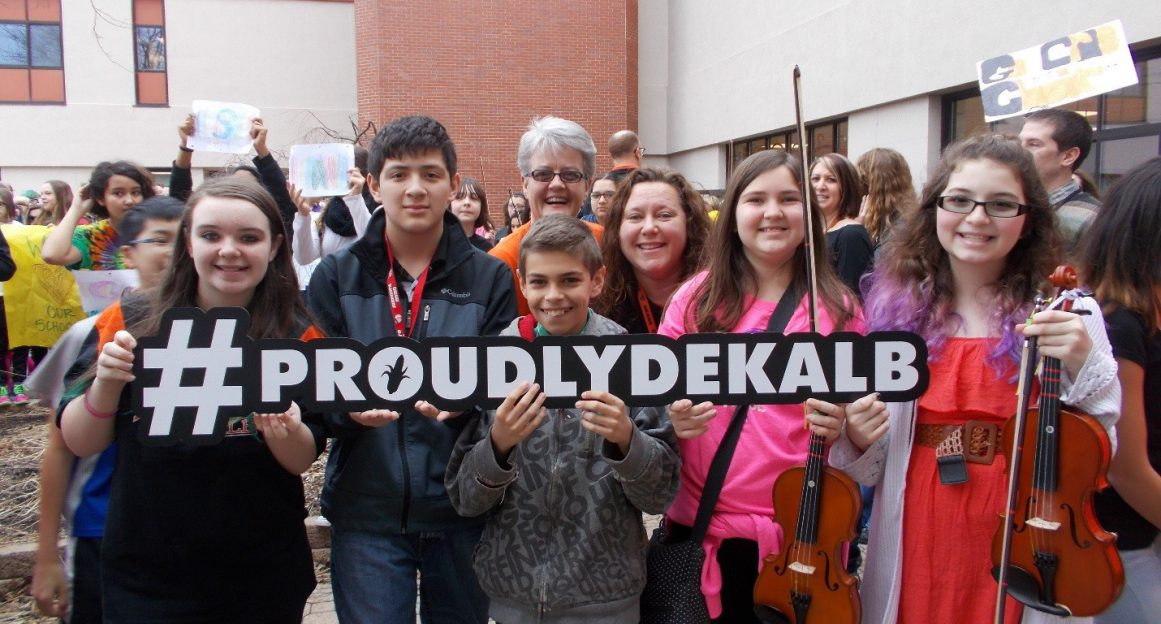 There is always a lot of amazing things going on around School District 428.  Here are some of the recent Happenings within the DeKalb School District.

During the month of April, Founders Elementary was paid a visit by the Northern Illinois University Southeast Asia Club.  This organization is made up of exchange students from Southeast Asia.  Throughout the duration of their visit, club members taught Founders students about their culture and traditions.

Cortland Elementary held its culminating Reading Night to recognize its One School, One Book initiative.  The entire school has read “The World According to Humphrey.”  This is a book that inspired the name of the school’s new pet hamster, Humphrey.  Activities for the evening included a variety of sessions such as: make your own pom-pom hamster, Humphrey Jeopardy, make your own online avatar, a hamster maze race, creating Humphrey comic strips, and making music to act out scenes from the book.

The Huntley Middle School Chamber Orchestra participated in the Illinois Grade School Music Association (IGSMA) State Competition.  The orchestra competed with 16 other schools at Jackson Middle School in Villa Park, Illinois.  They performed the following selections: For the Star of County Down arranged by Deborah Baker, Wisp by Shirl Jae Atwell, and Dance Scenario by Elliot Del Borgo.  The HMS Chamber Orchestra earned the highest Division I rating at the IGSMA competition.  The musical group as a whole was awarded with a gold plaque.  Each student received a medal.

Littlejohn Elementary students Kayleigh Budnick and Chloe Mckendry have written a book entitled, The Start of the Pack (Wolves vs. Dogs).  This creative tale depicts the misadventures of canines with special powers.  Originally, the idea for the book began as an assignment for a writing class.  Immediately, the girls knew they were onto something big.  Kayleigh’s father helped them publish the book through Amazon.  Currently, the book is available for Kindle devices, and plans are being developed for it to be sold in bookstores within the DeKalb area.  According to Kayleigh and Chloe, their goal is to turn The Start of the Pack (Wolves vs. Dogs) into a book series, and they plan to write more books together in the future.

From Butler farms, Aaron Butler and his daughter, Anna, brought with them 2 month old lambs and visited the Early Learning Development Center.  The ELDC students, also known as the “Bitty Barbs,” enjoyed the visit and were eager to ask many questions.

To acknowledge the students who exhibited excellent behavior and stellar school attendance, Clinton Rosette Middle School organized the opportunity for those students to take a field trip to NIU’s Anderson Hall to explore the different aspects of kinesiology and physical education.  Each student participated in archery, sitting volleyball, dance, yoga, martial arts and fitness testing.