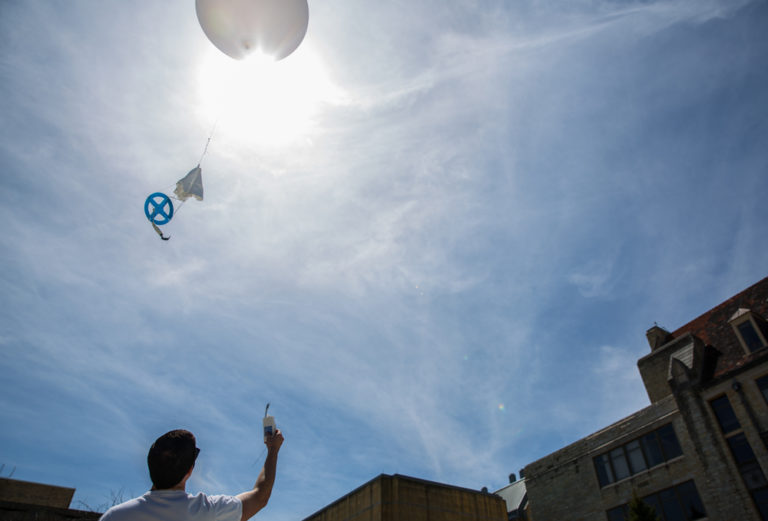 DeKALB, Ill. — Northern Illinois University meteorology students are on cloud nine over a research project that will require the launch of as many as 40 weather balloons from campus to help gather data on the conditions that cause icing on aircraft. 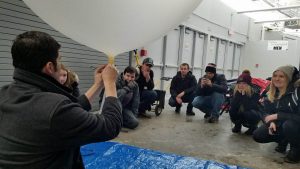 Ultimately, the study could help to reduce the rate of aircraft icing-related accidents and fatalities. The Federal Aviation Administration (FAA) and the National Center for Atmospheric Research (NCAR) are overseeing the research project, known as the In-Cloud Icing and Large-Drop Experiment(ICICLE). The weather balloon observations will be used to decide optimal times for flights by a high-tech research aircraft taking off from Chicago Rockford International Airport.

“We’re hoping to get some high quality data and, in the end, to help save lives or increase efficiency of flight travel,” said Cody Converse, a graduate student in the NIU Department of Geographic and Atmospheric Sciences. “It’s a wonderful opportunity to get involved in research with NCAR and the FAA, and it’s right in our backyard.”

In all, 14 undergraduates and two graduate students are being paid by the project to launch the balloons from the NIU Convocation Center. Each balloon launch will be dependent on weather conditions and will be conducted during early morning hours in February through early March. Professors Victor Gensini, Walker Ashley and David Changnon are supervising the students. 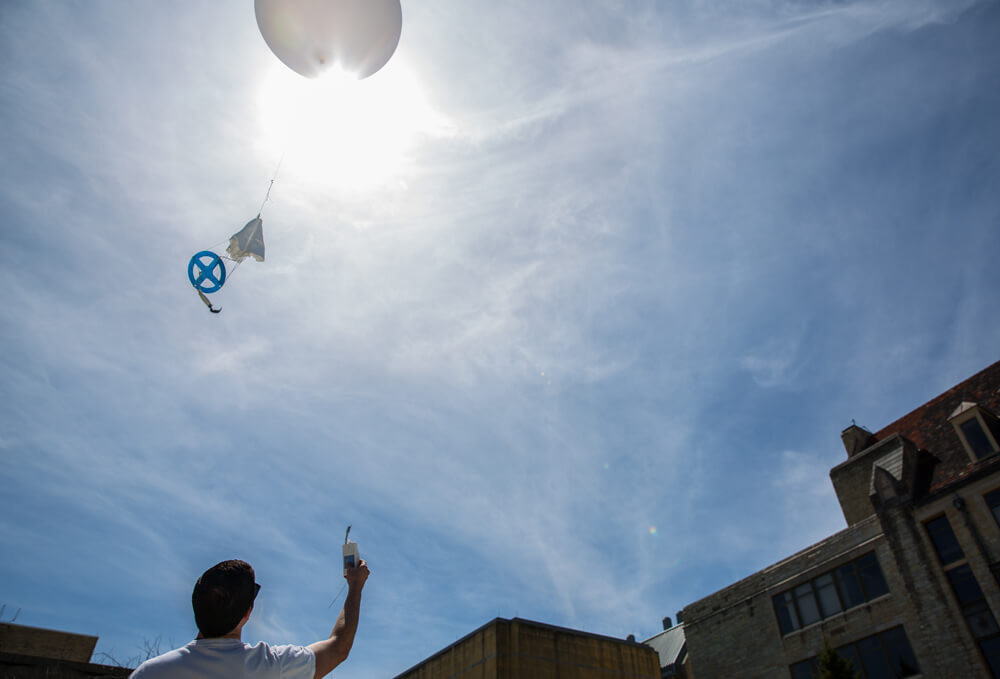 The latex weather balloons are each equipped with a parachute and a radiosonde—a device that measures atmospheric pressure, temperature, humidity and wind speed.

When data from the balloons indicate conditions might be conducive to atmospheric ice formation, a twin-engine Convair-580 research aircraft will take flight from Rockford to collect scientific measurements. The aircraft is part of the air fleet maintained by the National Research Council Canada and is described as a “multi-purpose flying laboratory.”

“The decision to fly or not to fly will be made based on readings from our weather balloons,” said Gensini, adding that the students will take a field trip to see the Convair-580.

“We know icing can be dangerous for aircraft, but we need more high quality in-situ observations, where scientists actually go up into the clouds and take measurements. This is important research, especially for our region, since Chicago is a major hub worldwide for air travel.”

NIU’s first balloon launch occurred during the recent ice storm, in the early hours of Feb. 6, and was followed by an extensive flight by the Convair-580, Gensini said.

While the focus is on the in-cloud conditions, the scientists will be collecting data through the entire flight process, said Scott Landolt, NCAR scientist and co-lead principal investigator for ICICLE. “We are trying to cover the full spectrum of what a pilot goes through when they are doing their planning: what the conditions are at their current airport location, what to expect during takeoff, flying through the conditions, and then landing,” he said.

Even when there’s no ice on the ground, certain atmospheric conditions can cause icing on the surfaces of in-flight aircraft or even within engines, hampering aircraft performance. Although commercial jets are equipped with ice protection systems, icing remains a major safety concern, especially for lighter aircraft, and is a major focus of the FAA-sponsored Aviation Weather Research Program.

The ICICLE project is analyzing atmospheric conditions in the western Great Lakes and nearby Plains States, which are among the U.S. regions most prone to icing conditions from November through March. Several other universities are involved.

Project scientists are particularly interested in learning more about icing that occurs in the lower atmosphere and “supercooled large-droplet icing” that can quickly coat the surface area of an aircraft.

“This is a big experiment to help verify that our forecasts for icing are adequate,” Gensini said. “We’re excited to be involved, and our students have stepped up. They realize it’s an amazing research opportunity.”