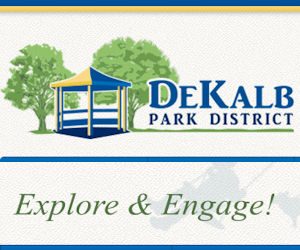 “The Trustee shall distribute the following described real estate, known as “WRIGHT ACRES” and described as follows, to-wit:

“The Southwest Quarter, and that part of the Northwest Quarter of Section 21, Township 40 North, Range 4 East of the Third Principal Meridian, which lies South of the Chicago and Northwestern Railway Company’s right of way, situated in the County of DeKalb and State of Illinois, EXCEPTING therefrom the house and lot previously sold off of the above described premises), to the DeKalb County Community Foundation for the purposes of establishing a perpetual endowment to be known as the ‘Rodney A. and Dorothy Thiele Wright Fund.’ The income from such fund shall be used as directed from time to time by the directors of the DeKalb County Community Foundation for the benefit of the people of DeKalb County, Illinois.”

Mr. Wright, an attorney, and Mrs. Wright, a teacher, were long-time residents of DeKalb. Mr. Wright passed away in 1985. Mrs. Wright later directed the gift—consisting of a 173-acre farm in the subdivisions now known as “The Knolls” and “Devonaire Farm.” The Community Foundation finalized the sale of the land between September and December of 1998. The funds generated as a result of the sale of the property totaled $1,896,109. This created an undesignated endowment Fund at the Community Foundation, which provides an annual distribution that the Board of Directors uses to award grants that respond to needs and opportunities throughout DeKalb County.

Mr. & Mrs. Wright’s only living descendant is their daughter, Mrs. Patti Wright Cronin.  She lives in Wisconsin. Through communication with Patti that began in 2015, the Community Foundation realized that while the Foundation has a perpetual endowment fund at the Foundation named for her parents, there were no other naming opportunities apparently considered at the time of the gift that would more publicly acknowledge her family’s long-term ownership of the land and the significance of their gift. Re-naming Devonaire Farms Park, an exciting proposition to Patti since her mother was an educator and loved children, seemed to the foundation to be an appropriate step to publicly thank the family.

The DeKalb Park District voted to approve the name change in April of this year.