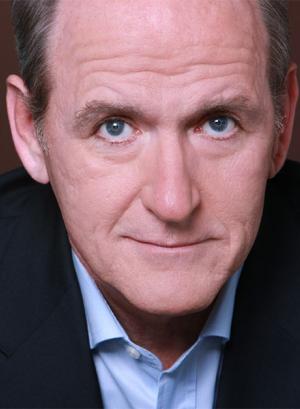 Richard Jenkins was born in DeKalb, IL in 1947 and graduated from DeKalb High School.  He has been married to Sharon R. Friedrick since August 23, 1969. They have two children.

Richard Jenkins began his acting career in theatre at the Trinity Repertory Company and later made his film debut in 1974. He has appeared in supporting roles in many films produced during the 1980s and the 1990s.

His breakthrough did not come until the early 2000s, when he played the deceased patriarch Nathaniel Fisher on the HBO funeral drama series Six Feet Under. He played the role for the show’s entire run. He and his castmates received a Screen Actors Guild Award nomination for Outstanding Performance by an Ensemble in a Drama Series in 2002.

Jenkins was nominated for the Academy Award for Best Actor for The Visitor in 2008.

Most recently, Jenkins appeared in the television film Olive Kitteridge.