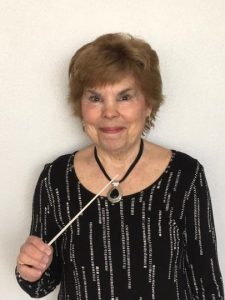 DeKALB – The DeKalb Music Boosters have named Ann Montzka Smelser and Judy O’Connor to the DeKalb School District 428 Music Hall of Fame, according to a news release.

Montzka Smelser and O’Connor will be recognized at the Hats, Horses and Harmony fundraiser for DeKalb Music Boosters at 6:30 p.m. May 3 at River Heights Golf Course clubhouse.

Montzka Smelser will receive the Muse Award for work as an outstanding music advocate who has had significant influence in developing and fostering the growth of District 428 music programs, according to the release. She’s worked in the music community for more than 30 years, and is the director of the Community School of Arts Suzuki Strings program.

Receiving the inaugural Maestro Award, O’Connor will be honored as a retired music teacher who has had a significant effect in developing and fostering the growth of DeKalb middle school or high school music programs.Throughout O’Connor’s career, she founded the DHS Madrigal Singers and the DHS Jazz Choir. She also directed the DeKalb Festival Chorus, the Northern Illinois Children’s Chorus, and is the music director for the Stage Coach Players.

Tickets to the May 3 fundraiser cost $35 a person, and can be purchased via email at dekalbmusicboosters428@gmail.com or by calling Valerie Vance at 630-670-4830.

*Story provided by the MidWeek