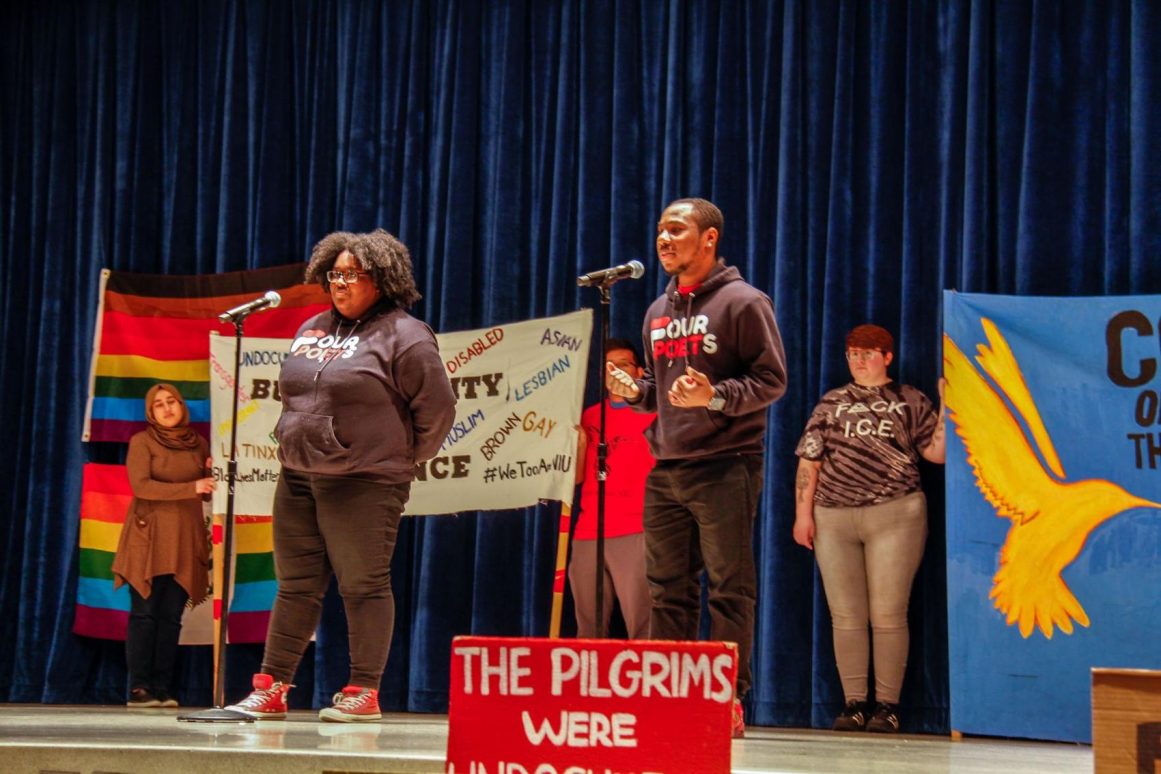 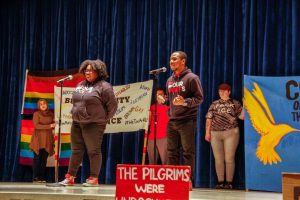 DeKALB — Undocumented students came out of the shadows to tell personal stories to students and faculty while reflecting on the hardships they face in America.

DREAM Action NIU hosted its 6th annual Coming Out of the Shadows event in the Carl Sandburg Auditorium. Due to the rain and cold weather, the event didn’t hold a unity march as it has in previous years.

Pablo Valencia-Garcia, DREAM Action NIU president, said the event takes after the annual tradition in Chicago, where the first rally was held in 2010.

Undocumented students spoke about how they don’t have the same opportunities and luxuries as their American-born peers and how paying for college can be a struggle because they don’t qualify for programs like FAFSA.

Chants of “education not deportation” and “undocumented, unafraid” were shouted throughout the auditorium to give support to those who are undocumented.

The first task is to consider more funding for undocumented students, and the second is to bring an immigration lawyer on campus.

“We want an immigration lawyer to come on campus once a semester, so undocumented students can get legal services from someone who’s an expert in immigration law,” Valencia-Garcia said. “Students need an attorney on campus to assist in emergency cases and DACA rules.”

Puebla said task number three is aimed toward having a more bilingual staff.

As the student body becomes more diverse, the university must listen to their needs, she said.

“Our fourth task is to hire more faculty of color,” Puebla said. “Since 2010, the number of Latino undergraduate students at NIU has doubled and only 2.7 % of NIU faculty are Latino.”

Puebla said the university is moving in the right direction, but she hopes to see 30 faculty members of color hired over the next five years.

Performances at the event included Elephant Rebellion, a non-profit organization of collective artists and activists dedicated to empowering communities through the power of arts, and Four Poets, One Mic, a group of poets established in March 2018.

Associate professor Mark Schuller said faculty should be more proactive in educating themselves on issues such as diversity.

Rather than being offensive, faculty should see diversity as a positive opportunity for growth and enrichment.

“More than being an ally, we also need to be accomplices,” Schuller said. “Some folks cannot choose the target on their hands. We need to be there, especially even if things get difficult.”

Valencia-Garcia said the event comes at a critical time when students and faculty are advocating to support House Bill 2691, the Retaining Illinois Students and Equity Act.

The act would apply to those who took remedial courses at community college and have exhausted their financial aid benefits like the Monetary Award Program, undocumented students who do not qualify for federal or state financial aid and transgender students who are unable to register for selective service, and thus, are ineligible for federal financial aid.

“Undocumented immigrants are being criminalized and dehumanized by the current executive administration,” Valencia-Garcia said. “Now more than ever we must support fellow Huskies and encourage the creation of a more inclusive campus for all, regardless of immigration status.”