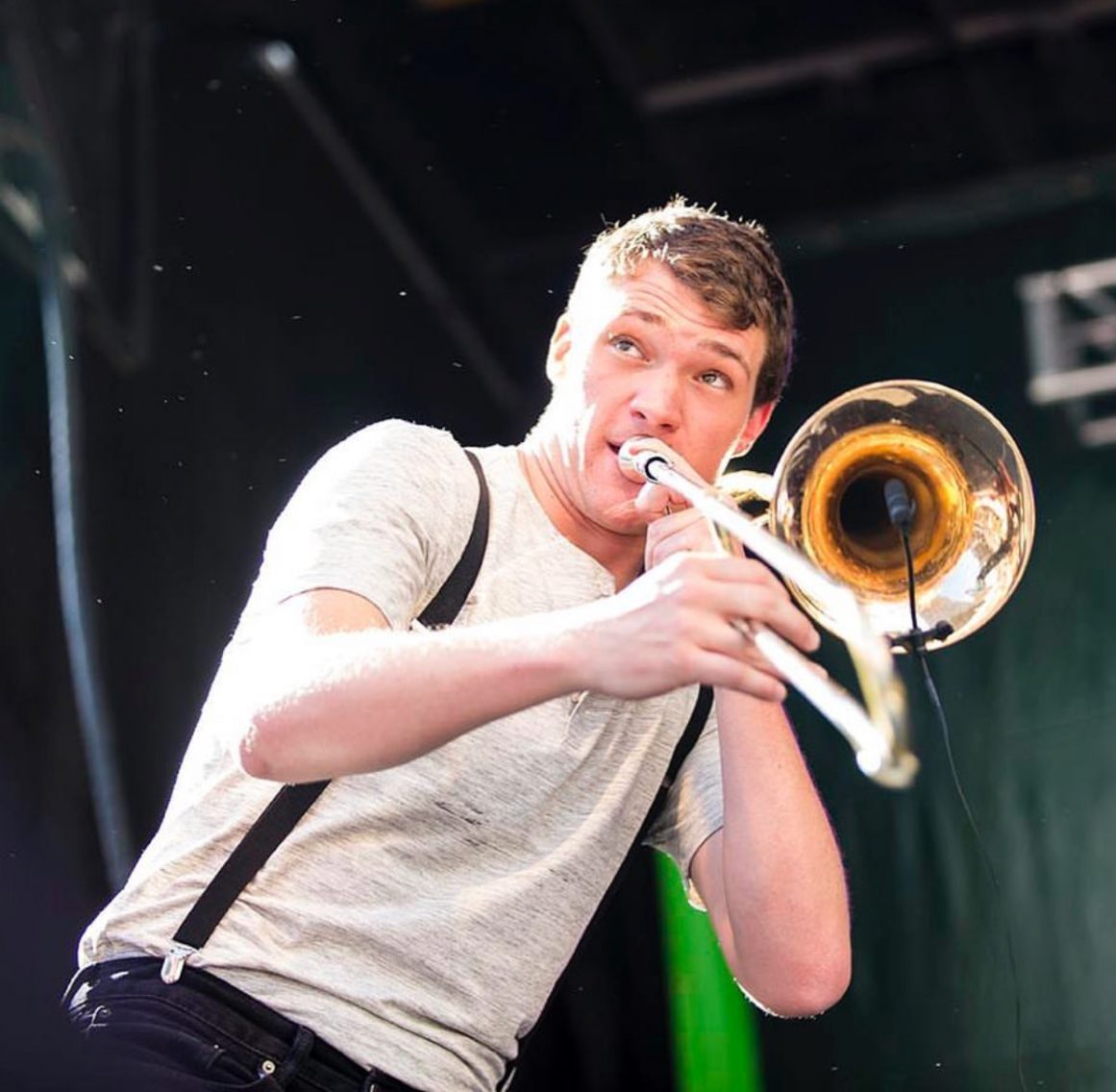 The Egyptian Theatre in Downtown DeKalb is very excited to welcome back one of DeKalb’s own with the jazz group Sammy Miller & The Congregation. Trombone player and 2008 DeKalb High School alumnus, Sam Crittenden will be playing along with the rest of the band at the Egyptian on Tuesday, April 10 at 7 PM. 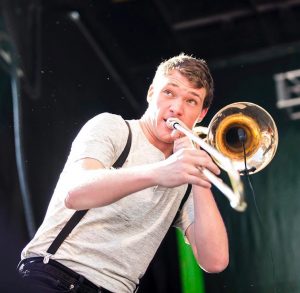 Crittenden said he is very excited to play at the theatre in his hometown. “It is awesome to come back home and play for my DeKalb friends and family,” Crittenden said. “I hope to see a bunch of familiar faces out in the crowd.”

Prior to their performance, the members of Sammy Miller will be working with DeKalb High School jazz ensemble students. “To be able to come back to the school that I graduated from and work with those students is just awesome,” stated Crittenden. “I always try to get back to the high school when I am in town and it is great to see a program that was so strong 10 years ago when I was in high school continue to stay just as strong.”

Crittenden credits a lot of his current success to the teachers he had at the DeKalb School Distict. “The teachers I worked with at DeKalb were such an influence on me then, but really prepared me for everything that I am doing now. From Travis Erickson, Rueben Cooper, Greg Solomon, TJ Fontana and even my middle school band director, David Lehman. That is what  is so great about DeKalb, that we have a strong arts program down to even the middle school level.”

“Shout out to all of those teachers at DeKalb who are helping these kids find their voice and find their creativity,” Crittenden continued. “You are helping them express themselves in ways that will take them far in life.”

When asked about what the audience can expect from Tuesday’s Sammy Miller & The Congregation performance, Crittenden said to expect to be surprised. “We are all trained in jazz music, three of us at Juiliard, but we also love being goofballs,” Crittenden said. “So our performance style has morphed into more ‘theatre jazz’. So whenever we play a show it is going to be really fun and goofy and different every time. The audience is definitely going to leave with a smile on their faces.”

Sammy Miller and The Congration takes our stage along with the DHS Jazz Ensemble on Tuesday, April 10 at 7 PM. Tickets are only $15 and all students with a valid student ID are free. Tickets can be purchased at the Egyptian Theatre box office during box office hours (Tuesday/Wednesday/Thursday 3-6 PM), online at www.egyptiantheatre.org or by calling the box office at 815-758-1225.