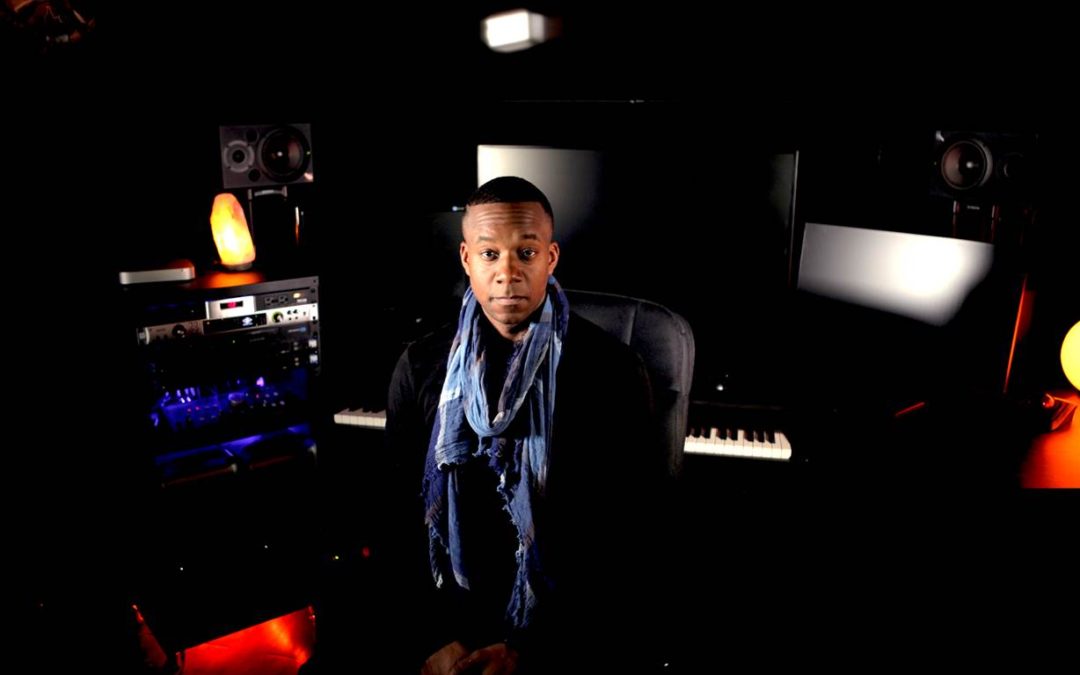 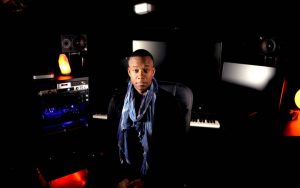 How do you compose a theme for a Star Wars project and make it “sound like Star Wars” without using any of John Williams’ iconic score?

“For these episodes we didn’t have a license to use any of John Williams’ themes, or even hint at the themes, even though it’s for Lucasfilm,” Stegall said. “But, through the rhythms and the harmonies, there’s a language that he created and it was so intricate that you could still speak the ‘language’ without using the direct theme.  The goal was to make it sound like it fits in the world.”

Stegall’s challenge was not just to create a theme to play over the titles, but to write music that accentuated each of these unique stories throughout the entire run-time.

Stegall has done the complete scores to 20 feature films, and has been brought in to contribute to the scores of many others, which has allowed him to work with some of the most accomplished film composers in the industry.  Composers like four-time Oscar nominee Danny Elfman (credits include: Batman, Good Will Hunting, Planet of the Apes), Emmy Award winner Christophe Beck (Ant-Man, Edge of Tomorrow, Buffy the Vampire Slayer), and two-time Oscar nominee Marco Beltrami (Free Solo, Logan, A Quiet Place).

He recently collaborated with Christophe Beck on music for the film The Christmas Chronicles starring Kurt Russell.

“I ended up helping him out,” Stegall said.  “[Beck] is one of the industry’s finest and most prolific composers for film and TV.  Coming in to work on The Christmas Chronicles was a great opportunity because of the style of it.  The director, Chris Columbus, has worked directly with John Williams on the first three Harry Potter movies and on Home Alone.  Those are some of the staples of cinema.”

Stegall said what he enjoys best about scoring movies has changed over the years.

“It used to be about solving problems and exciting myself,” he said.  “It was about being excited that I survived another challenge, and about the mystery of creating something that I didn’t think I could create.  Now, I think it’s more exciting to share with my kids.  They understand more and more of what it is that I do.  They’ve been in my office and seen me with the picture up, watching me actually score stuff.  They’re six and five, and now they’ve witnessed me doing it live, and they ask questions about what movies I’m involved with, and tell their friends about what I’ve worked on.”

The road from a saxophone player as a student at Joliet Central High School to NIU to North Texas University and eventually to the University of Southern California’s scoring program took some unexpected turns.

“My senior year in high school I was in the human relations club and we took visits to several colleges,” Stegall said.  “One of the trips was to NIU to visit the campus and my high school band director, Ted Lega, recommended Steve Duke (now Professor Emeritus in the NIU School of Music), and I came to NIU to study saxophone with him.  My private instructor at the time had studied with Steve, and Ted’s brother had gone to Northern, so a lot of things pointed me there.”

Stegall earned his degree in saxophone performance and while he tried his hand at composition, he was never formally enrolled in that program.  But that didn’t mean he didn’t get experience as a composer while studying here.

“At the end of my fourth year I’d fulfilled most of my requirements for my degree,” he said.  “I think I only needed two classes, and I spread those out and planned that in the spring of that final year, I’d give an orchestral concert that would serve as kind of an all-encompassing event, culminating my experience at NIU, specifically as a composer.”

He said he hand wrote his orchestral music, held a rehearsal in the recital hall with 35-40 players, made a “bunch of notes” took everything back and spent a couple more months working on the score and arrangements.

“I basically gave a full concert that spring,” he said.  “I invited the entire faculty.  The first half was about 30 minutes of orchestral music, and the second half was a live album recording for the NIU Black Choir.  I played saxophone for the gospel choir the whole time I was there.

“I will tell you, that at that time I thought I wanted to be a film composer.  The orchestral portion of the concert, and all of the program notes I had written, were purposefully and directly inspired by film music.  At the time I’d been rejected from three graduate schools in California, but at the end of the gospel portion Harold Kafer, who was the Dean of the college at that time, came up to me and said he wanted to personally try to make another effort to get me into the USC program.  Everyone was so happy and impressed, and couldn’t believe I had done all of this stuff and done it on my own.”

Stegall did get to USC, but not directly.  He attended graduate school at North Texas and earned his master’s in composition.  While there, he applied a year early to USC and was assured a spot in their scoring for motion pictures and television program.

After completing that program and earning an internship, he got a job at Joann Kane Music Service, and then work as an assistant to TV composer John Ehrlich (House, Parenthood).  Stegall just kept working his way to new opportunities in the profession.

“That was the key,” he said. “Staying in the field and not getting far away from it.  I never had to work at Starbucks or drive for Uber, or anything like that.  I was able to stay close to what I wanted to do.  There’s no direct line, generally, to doing a lot of commercial work.  Just don’t think you can snap your fingers and do it like that.” 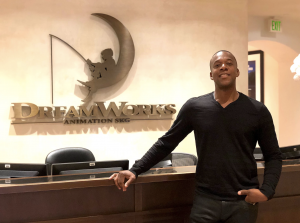 Those opportunities keep coming for him.  Stegall was selected as one of only eight finalists in Universal Filmed Entertainment Group’s Universal Film Music Scoring Initiative.  The eight composers are working on a pair of DreamWorks Animation films.

“I’ll be working with them for the next ten months, working closely with Universal and DreamWorks and Focus Features to help shape where my career is headed in terms of getting opportunities to compose for studios.  It’s exciting, because it’s a very purposeful stream that is a pathway to doing more work.”

Stegall will soon begin work on the science fiction feature film Proximity which is scheduled for a 2019 release.  He’ll be scoring and mixing it at Lucasfilm’s Skywalker Ranch. 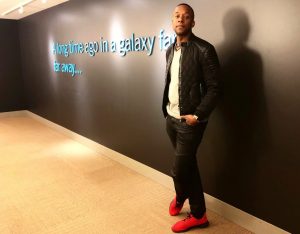 He has another project that is bringing him back to where it all started.

“I have been commissioned to write a piece for my high school band at Joliet Central,” he said.  “I believe it’s the first commission they’ve done since around 1907.  I’m about to start on it and I have some ideas.  We are looking to perform that this coming spring.  It’s really exciting because it’s one of those things I think will inspire many generations.  Those from the generations that came before me and the ones who were with me that know about me leaving Joliet and coming out [to California].  It’s a way to give back to the community.  It’s a bit of inspiration.”

To keep up with Jermaine’s work visit his web site at jermainestegall.com.