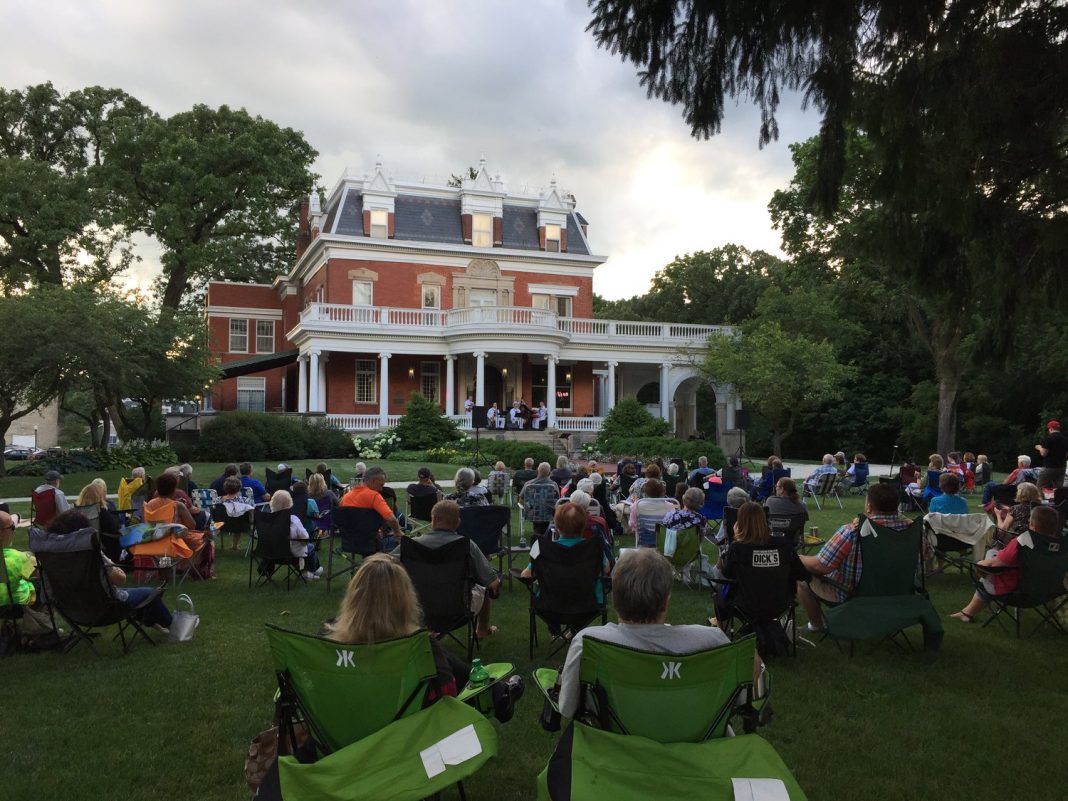 The first of eight concerts at the beautiful Ellwood House Mansion, 509 North First Street in DeKalb, IL, will take place Wednesday, June 12. This will be the “Pops at the Mansion-Entertainment with the Stars” show featuring the Mary J Harris Band.

Mary J Harris is a professional singer and entertainer from the Rockford area. She and the band will be making a return engagement to the “Music at the Mansion” summer series. Her song and music selection will feature a variety of tunes from the Big Band and Swing era as well as the great love ballads of the 80’s and 90’s, plus a couple show songs. The main show starts at 7:00 p.m.

The opening act will be Dave ‘DK’ Kolars. Dave has performed for years in the Dekalb area, as well as traveling the country with his solo act and playing with a variety of groups. Dave recently played a gig in Chicago at Wishbone North and this past February performed in Hawaii. The opening act starts at 6:30 p.m.

There will be refreshments available to purchase, including a nice selection of beer and wine by Fatty’s Pub in Dekalb. New this year will be a party pack of cheese, sausage and crackers for sale by Tom & Jerry’s Restaurant in Sycamore.

These concerts are free and are very family friendly. Please bring a lawn chair or blanket and enjoy the start to the 2019 season. Parking is available near the Ellwood Mansion as well as at the Clinton Rosette School and First Congregational Church parking lots.

All concerts are sponsored by local businesses, organizations and families to provide free entertainment and make DeKalb a little paradise in the country. Music at the Mansion: Entertainment with the Stars will have concerts each Wednesday during the summer.